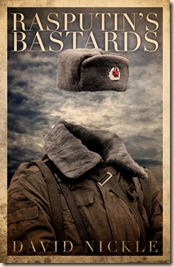 No question about it. Mind control is more than a trope. It’s a bona fide kink.

You can verify this with a simple Google search (that you should probably do from home, when the kids are asleep or your parents are out), or you can take my word for it: The idea of bending another’s will to one’s own, for whatever purpose, is something that a great many people find fascinating, in that way.

It shouldn’t be surprising: mind control, like the most popular kinks, is all about power differentials – the savant who can exercise said control being the “top”, and the poor, usually uncommonly attractive and unattainable shlub on the receiving end being the “bottom”.

My novel Rasputin’s Bastards is all about mind control. The story covers decades in the lives of specially-selected and trained psychic powerhouses, working on behalf of the old Soviet KGB against their counterparts at Langley, in an Amazing-Kreskin variation of the Great Game. The psychics in this book engage in astral projection, and are able to enter the minds and bodies of properly-conditioned sleeper agents.

The characters in Rasputin’s Bastards are living, or attempting to live, in the years following the fall of the Soviet Union, and they’re coming to terms with the things that they’ve done, and allowed to be done to them. They are, respectively, abuse survivors, and abusers – both trying to make sense and make amends – and in one or two cases, to hold on to that power differential, and make it greater.

The book is not a judgement free zone. The work of the psychic spies in Rasputin’s Bastards is profoundly damaging to themselves, their targets, and ultimately to their masters in the Kremlin. Because Peter Parker’s credo that “With great power comes great responsibility” has not occurred to these children. They take their responsibilities as seriously as did their namesake, the Mad Monk Rasputin. The world is their playground, and by the time they’re done with it, it’s a mess.

There is a point, late in the novel, where two characters from opposite sides of the Iron Curtain have a moment to sit and discuss the indignities that they had faced, as “sleepers”, that gets at the nub of it. I’ve redacted some names, so it doesn’t spoil anyone’s surprise who might still want to read the novel:

When one has suffered a very bad trauma – a rape, a beating, a terrible childhood spent with cruel and demanding parents – there always comes a point at which it is good to talk about it. And not just with a psychotherapist, who can at best understand the trauma intellectually. The point comes where one must speak with someone who has gone through the same thing – or one so similar as to be indistinguishable. Even among men who are otherwise complete strangers. Such a conversation can lead all sorts of places – not the least of which is simple insight.

So it went with Alexei and James as they tore through the rest of the cold cuts, and got into the vodka. The talk they had ranged on for hours, until the light from the top of the tower dimmed and diminished into a cool blue, and the base became dark and cold.

James did most of the talking. The mind control stuff was new to him – or so he claimed. But the abuse he underwent at [Redacted]’s hand was a lifetime’s worth. He’d been with [Redacted] since he was eight or so – he at this point only had vague memories of his life before that, and most of those memories centred on school, not his parents. [Redacted], he said bitterly, had no doubt done a thorough job of erasing those memories, so he could use James for his own purposes.

“Feel me up? What do you think?” James swallowed his vodka too quickly and coughed.

The reality, of course, is that throughout the Cold War and just in the course of modern living, a lot of people come to this conclusion, without ever having been subjected to the indignity of psychic mind control; or even just tied up and spanked in a consensual bit of bondage play.

It might even be fair to say that the “top” and “bottom” relationship of mind control fantasies is more than a kink, far more than a trope.

It might just be a significant piece of the human condition.

Rasputin’s Bastards is out now in Canada, June 26th in the US and UK, published by ChiZine Books. Here’s a teaser trailer for the novel: 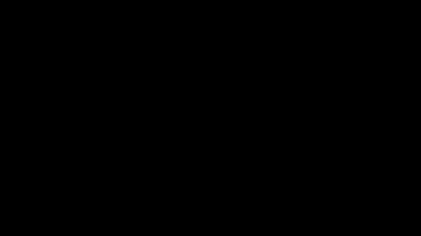 David Nickle is the author of more than 30 short stories, 13 of which have been gathered in the collection Monstrous Affections. He is author of Eutopia: A Novel of Terrible Optimism, and co-author of The Claus Effect, with Karl Schroeder. Years ago, he and Karl won an Aurora Award for the short story that inspired that novel, “The Toy Mill”. Some years later, he won a Bram Stoker Award for short fiction, for “Rat Food” (co-written with Edo Van Belkom). He lives in Toronto, Canada. His website, “The Devil’s Exercise Yard” has stories on it for free. 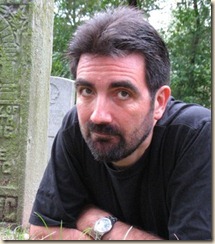 Posted by Civilian Reader at 6:59 AM