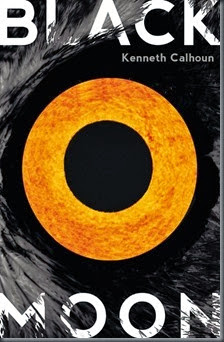 “A black moon had risen, a sphere of sleeplessness that pulled at the tides of blood-and invisible explanation for the madness welling inside.”

The world has stopped sleeping. Restless nights have grown into days of panic, delirium and, eventually, desperation. But few and far between, sleepers can still be found – a gift they quickly learn to hide. For those still with the ability to dream are about to enter a waking nightmare.

Matt Biggs is one of the few sleepers. His wife Carolyn however, no stranger to insomnia, is on the very brink of exhaustion. After six restless days and nights, Biggs wakes to find her gone. He stumbles out of the house in search of her to find a world awash with pandemonium, a rapidly collapsing reality. Sleep, it seems, is now the rarest and most precious commodity. Money can’t buy it, no drug can touch it, and there are those who would kill to have it.

I hadn’t heard of this novel before it arrived through the post. As someone who has a soft-spot for post-apocalyptic novels (and the various sub-genres that covers), and also someone who has always suffered from varying degrees of insomnia, Black Moon’s premise jumped out at me. Given its slim length, too, I decided to read it right away. What I found was a novel that is, strangely, both excellent and also wanting.

To be sure, one of the things that drew me into the narrative was the insomnia aspect. In this story, rather than ravenous zombies prowling the streets and eating the living, we have a population suffering from true insomnia – no sleep whatsoever, rather than the more common syndrome that restricts sleep and prevents restfulness. As a result, the majority of the global human population is going through the debilitating symptoms of hallucinations, dissociative disorder, emotional turmoil, and eventual death. On top of this, and here’s where the peril for non-sufferers comes in, those suffering also experience homicidal rage when they are either confronted with someone they believe to be a “sleeper” or if they actually witness someone sleeping. The descriptions of what those in the early stages of suffering experience was very close to home, and I immediately sympathised with them all. [Interestingly, and rather meta, I ended up reading Black Moon well into the wee hours of the day, unable to sleep myself…] Here’s one example (I share Carolyn’s frustrations):

“Unlike Carolyn, he had never had trouble sleeping. Early in their relationship, his ability to drop off anytime, anywhere, had been a point of occasional contention. It offended her not only in that she felt that he was using sleep as a means of avoidance, but also because she held sleep so precariously. The slightest noise or change in the light could wake her. Her mind, roaring in the chassis of her skull, pounced on painful memories and worries about the future of the challenges of her studio work, batting them around for hours as she tossed and turned. Meanwhile, he snored at her side. They had decided that sleep was his super-power…” 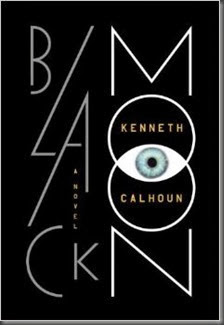 Despite a great premise, however, the novel felt rather underdeveloped and, perhaps, far too short. Calhoun can certainly write, and his prose and pacing drew me on through the novel at quite a clip. However, we are never really given the chance to get to properly know the characters, which left me rather uninvested in some of their fates. Certain characters were far stronger than others (Biggs, Felicia, for example) and I think their storylines offered greater storytelling potential than a couple of the others (Chase, for example, who was a little irritating by the end). I think this would have benefited from being longer, which would have allowed us to feel the tensions of the world a bit more, get to know the characters better, and become invested in their struggles. The work-around developed by the sleep institute was arrived at rather suddenly and out of the blue, too, which robbed yet more of the tension.

True, the novel is structured and composed in a way that reinforces the hallucinatory symptoms of prolonged true-insomnia, which made it rather disjointed at certain points (on purpose) while at the same time evoking an appropriate atmosphere. This was a solid attempt to do something different, which is always welcome, but the vagaries of what I was reading often just obfuscated certain elements of the story, which meant my investment waned as things became worse.

Ultimately, there were certainly things I liked in Black Moon – the insomnia-induced zombification and mania, for example, and also the work-around that they develop (which, while suddenly introduced to the story, was also pretty cool), and the aforementioned stronger characters. Sadly, however, I didn’t love the book. It will be interesting to see what the author comes up with next, though, and I await his next novel with anticipation.