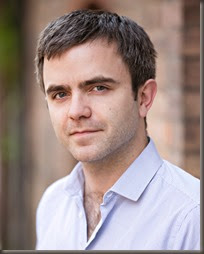 I reckon that one of the hardest things in the world, when you’re starting out as a writer, is when a friend critiques something you’ve written. You’ve put (what you regard) as a lot into it, you’re convinced it’s unparalleled genius, and when you meet to discuss your work you sit there confidently expecting praise.

Your friend normally starts off by giving you what you want: “I loved this, that bit was cool, I really enjoyed the way you did such and such”. You sit there, nod in agreement that it’s all great and think: Excellent, my skill is acknowledged. Then come the words:

“The only thing is…”

My longest standing and most trusted critic is my brother. Back when I started writing in my early teens it seemed natural to show him my stuff first, knowing him to be well read and of good taste. I think the first thing I shared was a script, the first in what I was sure would be a series of hot-listed blockbusters. I expected the elder Wallace would agree, but I was in for a shock: I can remember sitting in a pub garden, gleefully listening to him tell me what he liked, before the dreadful line came:

“The only thing is… you really can’t write women.”

It was as if he had smashed his pint glass and stabbed me in the gut - only much more painful. I can’t remember for sure, but I probably lost my temper.

Because friendly criticism stings much more than others. You respect and admire your friends’ opinions, and the chances are they’ll be right. Once I’d cooled down I read over the script again and saw what he meant: my female characters were either blanks, or saintly projections of whoever I happened to be in love with that week. Rarely were they believable. Rarely were they real.

Since then, whenever I sat down to write, I had the brother’s criticism ringing in the ears. Each time I was determined to prove him wrong. And, as I left the awkward teenage years and came to realise that women are actually people, I got better at writing them. I worked hard to write believable, fleshed-out female characters.

Then, in my late twenties, I came to write Barricade: my first real attempt to write a complete novel: the perfect opportunity to showcase my improved skill at creating proper female characters.

Only something odd happened: I ended up doing the complete opposite. The lead female character, Starvie, is in many respects a construct of unrealistic male expectation and base desire. Why? Because she was designed that way.

To explain, in the story Starvie is a member of the “Ficial” race –engineered super humans who have been created to bring man back from the brink of extinction. They do so through “optimisation”: that is a process by which their minds and bodies are adapted for particular professions, whether engineering, mining or soldiering. Ficials were created to mitigate climate change, create clean energy, build great new cities and defend them. Their creator, Dr Leo Pander, certainly never intended them to be designed like Starvie – but when the Ficial industry was privatised, the Pleasure Models appeared: Ficials created to do nothing more than have a perfect appearance. Starvie’s model was a singer, a model and an actress, but most of all she was beautiful.

When I started writing her I was worried. Wasn’t writing her this way surrendering all the progress that I’d made over the years? Well, no, I don’t think so.

First, it made sense to me that the moment sales and marketing got involved in the Ficial project, some new models (both male and female) would be optimised by sex appeal and stereotype rather than usefulness.

Second, the more I wrote her, the more I liked her. Her speech was loosely modeled on noir femme-fatales, complementing the main character Kenstibec’s laconic, Chandler-esque delivery - giving her what I think are some great lines.

Third, she arguably has more going on inside than any other character in Barricade: Kenstibec, as an original, pre-privatisation model, has no emotions: they are burned out during the optimisation process, to create more efficient workers. Starvie, on the other hand, has her emotions left largely intact. She is also programmed to display a series of modeling ticks and gestures - to make her more desirable to human customers. As a Ficial she hates this about herself, and constantly struggles to contain these traits.

In the following books in the Barricade series I promise there are more Real women characters coming. In the meantime, Starvie’s character is a nice way to poke fun at the brother and his criticism, which has stayed with me all this time. I’ve got to get my own back some way, right?

Jon Wallace’s Barricade was published yesterday in the UK by Gollancz. It is part of their 2014 Debut eBook deal, and is just £1.99 until June 26th! 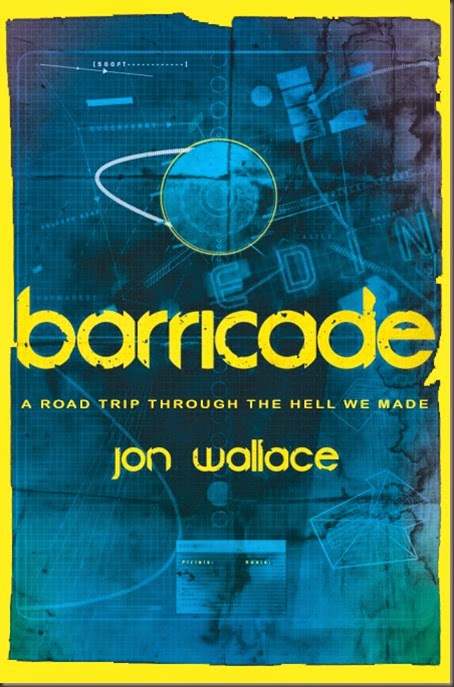