This is just a quick post to let you know about some exciting 2011 releases from Tor. It looks like next year will be another cracking for fantasy, sci-fi and other speculative genres, with Tor among the leaders of the pack.

Campbell, the talented author of the Deepgate Codex series, has apparently submitted the manuscript for Sea of Ghosts, his next novel, and the first in the Gravedigger Chronicles. Here’s the description from the press release:

Set in a world of entropic sorcerers, poisoned seas, the Drowned, drug-addicted dragons, Deadships and a powerful sisterhood of telepaths, and featuring ex-soldier Colonel Thomas Granger, this is an incredible novel of imaginative fantasy with strong characters, non-stop action and tremendous descriptive world-building.

Apparently, editing has just finished. The jacket design from artist Larry Rostant has also been completed, and is amazing: 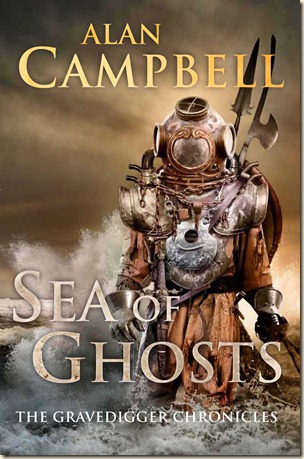 Sea of Ghosts will be one of Tor’s lead fantasy hardback releases in 2011. Emma reviewed The Deepgate Codex and loved it, and it remains one of the series (along with those of Adrian Tchaikovsky, Brian Ruckley, George R.R. Martin, and Joe Abercrombie) I am kicking myself for not yet reading.

Just a quick mention of Tchaikovsky’s continuing Shadows of the Apt series (book six, The Scarab Path, was release this month in the UK). The artwork for the seventh volume has now been released, and it’s another corker: 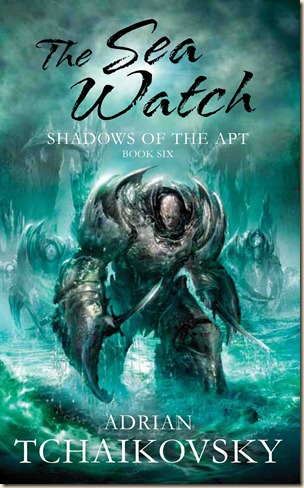 The Sea Watch is scheduled for publication in February 2011.

Tor has just acquired the publishing rights to debut author Hulick’s new fantasy series, The Kin Wars. Among Thieves is the first instalment, and here’s a quick description:

Among Thieves follows the morally ambiguous Drothe. He's a Nose, an informant who finds and takes care of trouble inside the criminal organization he's a part of.

When his boss sends him to Ten Ways to track down who's been leaning on his organization's people, Drothe discovers hints of a much bigger mystery. Someone is trying to stir up trouble between the lower-level criminal gangs. And there's a book rumored to contain forbidden Imperial magic that a lot of very dangerous people seem to be looking for - including two very powerful crime bosses known as the Gray Princes. When Drothe discovers the book, he finds himself holding a bit of swag that can bring down emperors, shatter the criminal underworld, and unlock forbidden magic…

If that’s not enough to whet your appetite, here’s what bestselling (and CR favourite) author Brent Weeks had to say about the novel:

Sadly, there’s no artwork to share with you just yet, but who cares – they could dress it in simple brown paper, and I’d still want to read it. Among Thieves is scheduled for an April 2011 UK release.

The interwebs have been all atwitter about Alben Bell’s The Reapers Are the Angels, and it seems that the hype is justified, if the slew of glowing reviews are anything to go by.

First, here’s the artwork (UK and US) and also the synopsis: 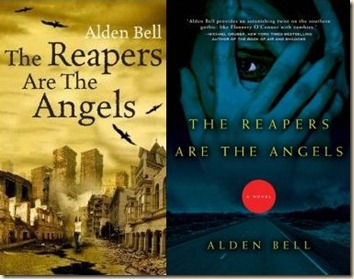 Zombies have infested a fallen America. A young girl named Temple is on the run. Haunted by her past and pursued by a killer, Temple is surrounded by death and danger, hoping to be set free.

For twenty-five years, civilization has survived in meager enclaves, guarded against a plague of the dead. Temple wanders this blighted landscape, keeping to herself and keeping her demons inside her heart. She can't remember a time before the zombies, but she does remember an old man who took her in and the younger brother she cared for until the tragedy that set her on a personal journey toward redemption. Moving back and forth between the insulated remnants of society and the brutal frontier beyond, Temple must decide where ultimately to make a home and find the salvation she seeks.

If you’d like to read a little more about the author and his novel, then check out the interview of Bell, conducted by fellow Tor author Mark Charan Newton, which can be found here.

Tor has just also released a trailer for the book, and here it is: 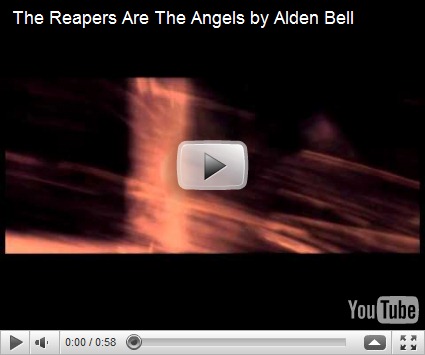