A while back, I wrote a quick post about the growing number of readers this site was receiving, particularly happy about the diverse locations represented by frequent readers. Well, it’s been a while, so I thought I’d post a then-and-now comparison.

Each red dot represents a city in which at least one person has visited the site. Certain cities and countries have higher numbers of visitors, but there have been some pleasant surprises (you can’t see the number of visits in these images, unfortunately). Certain areas also have a higher density of cities (Europe, East Coast of the USA), so it’s impossible to specifically identify by sight which cities have been flagged.

Anyway, as the line goes, “a picture is worth a thousand words”…

First of all, the Americas: 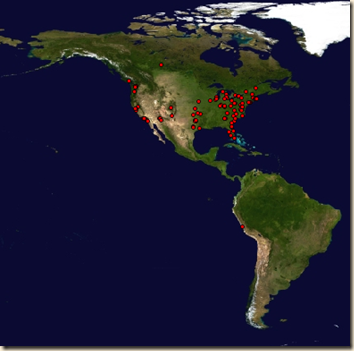 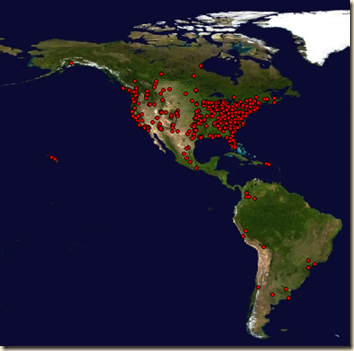 And now for the rest of the world: 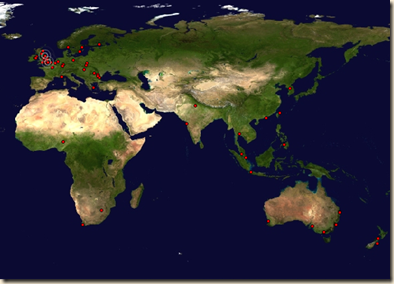 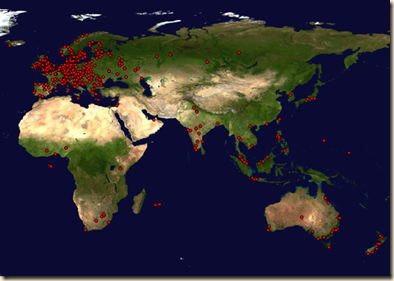 As you can see, word has been getting out!

Posted by Civilian Reader at 3:10 AM

Email ThisBlogThis!Share to TwitterShare to FacebookShare to Pinterest
Labels: An Aside, News