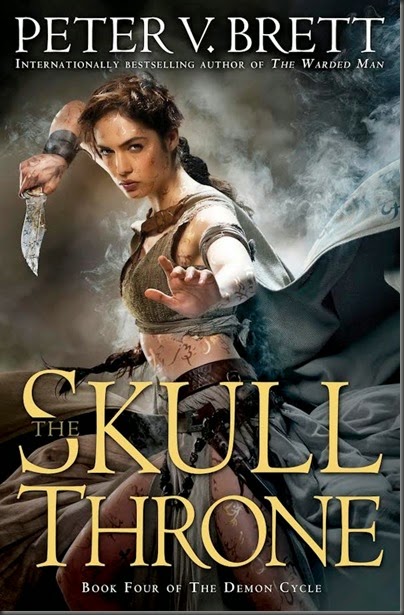 Holy crap I’m excited about this novel’s release! Peter V. Brett’s Demon Cycle novels are easily among my all-time favourites, and knowing that the release of THE SKULL THRONE is inching ever-closer has me positively giddy with excitement and anticipation.* I found the cover over on SF Signal, but there does not appear to be a detailed synopsis available just yet. The novel will be published in the US by Del Rey, and in the UK by Voyager. No doubt, it will not take long for it to appear in translation in so very many countries. 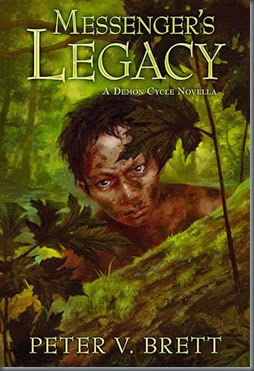 Oh, and let’s not forget Brett’s latest novella, Messenger’s Legacy, will also be out soon! Here’s the cover and synopsis…

Humanity has been brought to the brink of extinction. Each night, the world is overrun by demons — bloodthirsty creatures of nightmare that have been hunting the surface for over 300 years. A scant few hamlets and half-starved city-states are all that remain of a once proud civilization, and it is only by hiding behind wards, ancient symbols with the power to repel the demons, that they survive. A handful of Messengers brave the night to keep the lines of communication open between the increasingly isolated populace.

Briar Damaj is a boy of six in the small village of Bogton. Half Krasian, the village children call him Mudboy for his dark skin. When tragedy strikes, Briar decides the town is better off without him, fleeing into the bog with nothing but his wits and a bit of herb lore to protect him.

After twenty years, Ragen Messenger has agreed to retire and pass on his route to his protégé, Arlen Bales. But for all that he’s earned the rest, he has no idea what to do with the rest of his life. When he learns Briar, the son of an old friend, is missing, Ragen is willing to risk any danger to bring him safely home.

I wonder what the UK cover is going to look like – or if they’re going to use the same one. Larry Rostant has done a great job again.

Also on CR: Reviews of The Painted Man, The Desert Spear, The Great Bazaar & Brayan’s Gold, The Daylight War

* Was that too much excitement? Perhaps… But, seriously: I can’t wait. 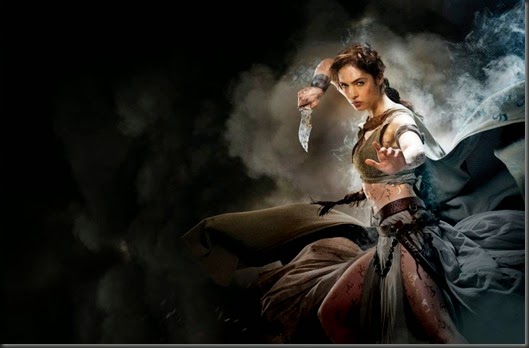 Posted by Civilian Reader at 4:52 PM