The New 52 Constantine series has been getting some really cool cover, lately. The piece that will grace the 17th issue – by Juan Ferreyra – is particularly cool, too, because it ties in with the centennial commemoration of World War I… 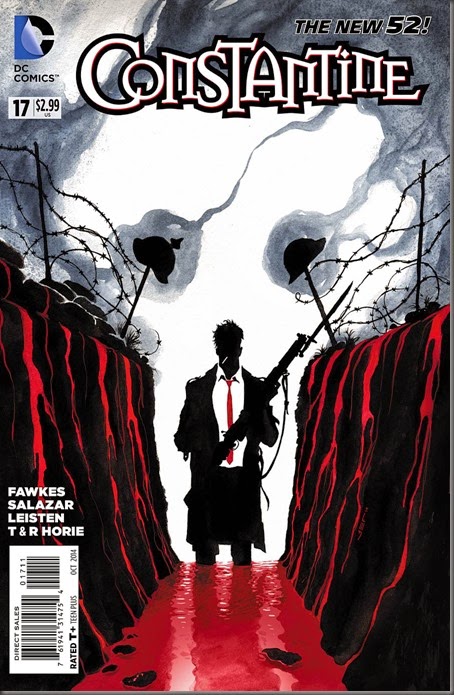 The issue – published on this week – is written by Ray Fawkes, with art by Edgar Salazar and Jay Leisten, and colours by Richard and Tanya Horie. Here’s the synopsis:

John Constantine is no stranger to death, but he’s never seen it on this scale – a spell gone terribly wrong has sent him back through time to World War I! Unfortunately, he’s not the only mage in the trenches… and where death has this much power, black magic couldn’t be more dangerous!

You can check out a preview of the issue here.

Posted by Civilian Reader at 4:15 AM