Loki seems to be popping up in ever-more places. This is no doubt thanks, in part, to the huge success of Marvel’s Avengers and two Thor movies, and the popularity of Tom Hiddleston’s excellent portrayal of the Norse trickster god. (And Hiddleston did a fantastic job.) 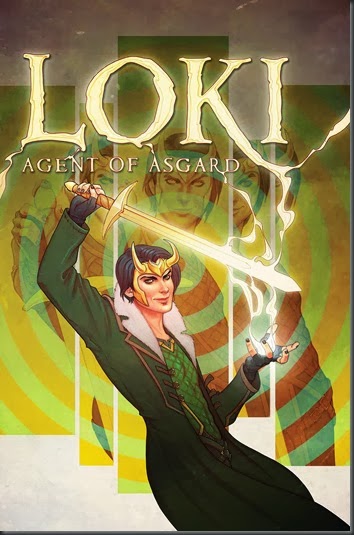 Marvel is capitalising on the character’s popularity by releasing a new comic series with the character at centre-stage: LOKI: AGENT OF ASGARD. The series will be written by Al Ewing, with art duties handled by Lee Garbett. Here’s what Marvel has said (thus far) about the series:

“LOKI is back and craftier than ever as the All-Mother’s secret weapon against Asgardia’s strangest threats. With his serpent’s tongue, debonair charm, and taste for the uncanny, there’s no assignment Loki won’t take — including the untimely stabbing of THOR! The surprises only start here for the Prince of Lies, as the most conniving corners of the Marvel Universe are blown open…” 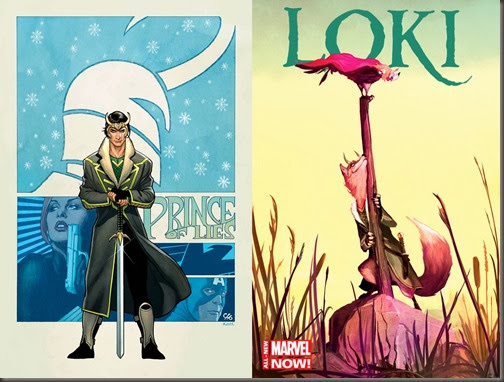 Meanwhile, Boom Studios has recently announced LOKI: RAGNAROK AND ROLL, their own comic book starring the trickster deity. According to the press release, the series is “a heavy metal twist on Norse mythology” and shows “what happens when you take the classic Norse god Loki and throw him into a rock and roll band in the underground goth clubs of Los Angeles”. This, to me, sounds pretty fun… The series is written by Eric Esquivel and art will be provided by Jerry Gaylord (who has also worked on the rather fun Fanboys vs. Zombies). Here are the two covers for Loki: Ragnarok and Roll #1: 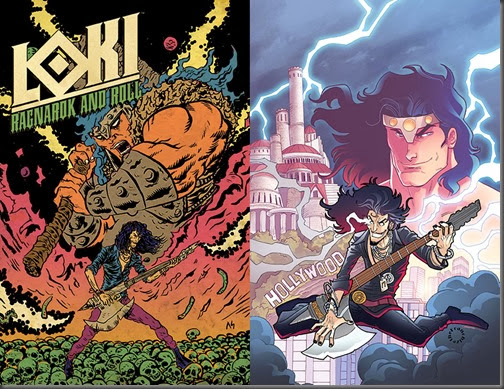 Here’s a little more information about the series:

Loki steps out of the shadow cast by his thunderous brother as Norse mythology crosses over with the only thing on Earth as wild and crazy — rock and roll!

What happens when Odin banishes Loki to Earth? He finds a world of outcasts that appreciate his style! While his kin sharpen their weapons, he picks up an electric guitar.

Keeping with the Norse mythology theme, Esquivel also penned Thor: The Unkillable Thunder Christ, which I may now have to hunt down…

And, last but by no means least, we have the highly-anticipated THE GOSPEL OF LOKI novel written by Joanne M. Harris. True, this novel is removed from the Marvel Comics universe, but Gollancz/Orion still couldn’t resist adding the following text to the book’s page on their website:

“For fans of THE AVENGERS, this is the first adult epic fantasy novel from the multi-million-copy bestselling author of CHOCOLAT, Joanne Harris.”

Hmm… A little shameless, methinks. Here is the novel’s synopsis:

But while Loki is planning the downfall of Asgard and the humiliation of his tormentors, greater powers are conspiring against the gods and a battle is brewing that will change the fate of the Worlds.

From his recruitment by Odin from the realm of Chaos, through his years as the go-to man of Asgard, to his fall from grace in the build-up to Ragnarok, this is the unofficial history of the world’s ultimate trickster.

And here’s that beautiful cover again… 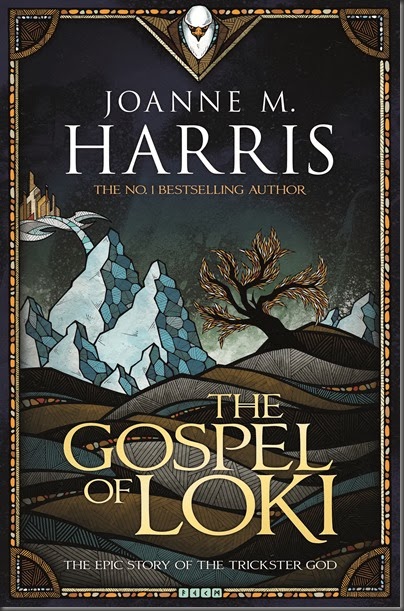