Q&A with Meg Howrey, one half of MAGNUS FLYTE

Meg Howrey is one half of the writing team that goes by the name “Magnus Flyte” – Christina Lynch forms the other half. Their second novel, City of Lost Dreams, was released in the US yesterday by Penguin (it is also available in the UK). Penguin US organised a Q&A, which is reproduced below, in which Howrey discusses writing as a partnership, cake (such good cake…), and the two novels (of course). 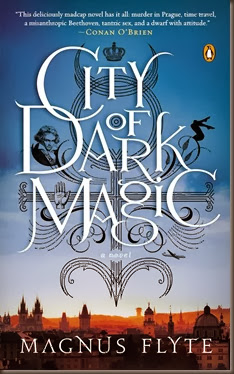 How did your collaboration under the name Magnus Flyte come about?

We met at a writers’ retreat on an island off Cape Cod and became fans of each other’s work. When we got back to California, we started getting together for mini writers’ retreats at Chris’s house near Sequoia National Park. The plot for our first novel, City of Dark Magic was hatched on a walk with Chris’s dog Max. The name “Magnus Flyte” is a hybrid (much like our novel). “Magnus” was a usurping Roman senator (not so different from City of Dark Magic’s villain, Charlotte Yates) and “Flyte” is for Sebastian Flyte, Evelyn Waugh’s wonderful lush who, like Max in our novel, has a difficult relationship with his highborn family and the house they live in.

There have been a lot of news stories lately about women who use male pen names, especially when writing genre fiction. Do you think it’s helpful?

Possibly helpful to the author, who may have any number of reasons to use a pen name – a desire to escape gender stereotyping, anonymity, sheer whimsy. One can only imagine how delighted J.K. Rowling was to watch her book get wonderful reviews without any references to Voldemort! Since we had heard that men avoid books by women, we decided to choose a male pseudonym to reach both genders. But then our identities were made public from the beginning, so we didn’t get a chance to see if “Magnus Flyte” would fool anyone. No matter, we love him anyway.

In City of Dark Magic, Prague was very much its own character as well as the setting for the novel. Why did you choose Vienna to be the setting of City of Lost Dreams?

Vienna was the adopted home of Beethoven and we had grown so fond of old LVB in the first novel that we were curious about visiting at least one of the 60 apartments he lived in there as, reportedly, the worst tenant ever. Also, neither of us had ever been to Vienna. And finally, we highly recommend all writers setting a novel in a beautiful European city so that one is forced to travel there and do research (eat sachertorte, visit castles) in a manner that is tax deductible. (Note to I.R.S: don’t even think about it, we have all our receipts.) 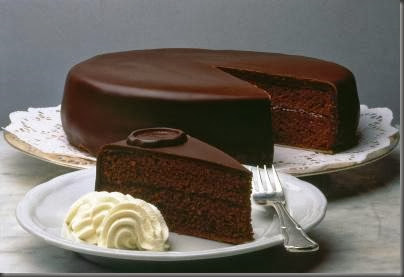 You did quite a lot of research for City of Dark Magic – visited Prague, had a great deal of notes and researched music as well. How much research did you do for City of Lost Dreams?

Binders! Color-coded binders! In the first novel we had briefly touched upon the life of poet Elizabeth Weston, her stepfather Edward Kelley, and Kelley’s partner in magic, Dr. John Dee. These were all characters we wanted to explore a bit more, particularly Elizabeth, about whom not very much is known. (A fact that we believe she would find completely unacceptable – the woman was more famous than Shakespeare in her time.) Along the way we got interested in Franz Anton Mesmer (who gave us the word “mesmerized” and the phrase “animal magnetism”). Not everything makes it in. Well, everything makes it in on the first draft, because Magnus is a terrible pack rat for obscure history, but then we prune him down a bit. 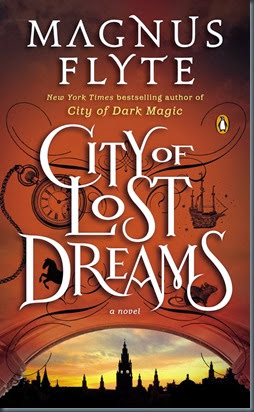 As a heroine, Sarah Weston is particularly memorable. How did her character evolve in your second novel?

Sarah still isn’t terribly interested in winning prizes for decorum, though perhaps in the second book she is not quite as guided by certain… compulsions. In the sequel she is fighting to save the life of someone she loves, so she’s more focused. The challenges she faces are personal, and she’s questioning herself a lot more: what she believes, what she wants. But as Sarah herself says, she’s no princess. And she’s not one to look a gifted horseman in the mouth.

In City of Dark Magic, the science angle had a lot to do with perception and time travel. You continue those themes in the sequel, and also mix in some ideas about healing and medicine.

We’ve both been interested in the brain's influence on disease for a while, but in August 2012 when we returned from our research trip to Vienna, Chris’s dog Max was deathly ill. It turned out to be an autoimmune disease with no known cause. With great treatment at U.C. Davis Max went into remission and is now very healthy, but the episode raised a lot of interesting questions about what medicine is and isn't able to do, and how ultimately mysterious our immune systems are. Why does a healthy body turn on itself? How can that process be reversed? What power does the mind have? And is Chris’s dog Max really – as we suspect – the reincarnation of the 6th Duke of Devonshire?

Your writing is loaded with references from the arts, history and politics. What sort of reader did you envision for this series?

Perhaps we think more of where our potential readers might be when they read rather than what their expectations might be. We think of what we would ourselves enjoy reading on a long plane flight, a weekend with challenging relatives, just after a bout of concentrated study, or feeling mentally frisky. We’re eccentric readers and lovers of long dinner parties where the talk ranges from travel to science to gossip to art, to dreams and dogs and music and philosophy and sex. Our ideal reader takes something away from the books that starts a conversation or a burst of laughter among friends. We’ve loved hearing from readers that were inspired to check out Prague, or listen to Beethoven, or find out more about certain historical characters. And of course we’re deeply indebted to booksellers for knowing whose hands to put the book in. Booksellers are the real celebrities. 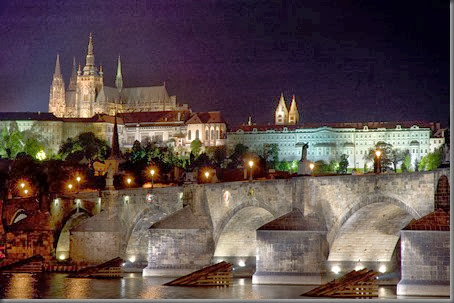 What is your process for co-writing? What are some of the challenges and benefits of writing with a partner? How has that process come to change now that you have completed two novels?

Both books were written in the same way, according to the rules laid down by Magnus Flyte. We alternate chapters, relay style, responding to whatever you were just sent. No rewriting until we get to the end. Trying our best to inspire, amuse, and surprise each other.

Some chapters get sent to the other person with the heading: “You might want to kill me for this one.” (Inevitably, this chapter will be received rapturously.) In the revision process there is a lot more discussion but we give each other a free hand, no “this is my chapter and you can’t touch it.” The best sentence wins, the egos are parked outside. By the end we have trouble remembering who wrote what, and in fact a great many paragraphs and even single sentences are a combination of both writers. People always ask us “what happens when you disagree?” and we have only the dull answer that when we disagree we just talk and listen until we come up with something that we both can live with.

You have developed quite a backstory for Magnus Flyte, who “may have ties to one or more intelligence organizations, including a radical group of Antarctic separatists” and “may be the author of a monograph on carnivorous butterflies.” How did Magnus Flyte, the author, become such a colorful character?

Constructing Magnus’s biography (and extensive bibliography) is actually the only time we have ever written together in the same room. It was a bit like improv…or an accelerated version of our writing process.

Author A: I think Magnus wrote a bibliography of a 14th century warrior…

Author A: Clement the Bald.

The legend of Magnus continues to grow. He just accidentally became king of an island nation. He’s taken up smelting. He’s writing a treatise on the best way to make love in the outdoors.

These books sit in an unusual space, crossing multiple genres. What are some of your individual and collective literary influences?

We both emerged from the womb with books in our hands and haven’t stopped reading since then, omnivorously and eccentrically. We have a lot of shared enthusiasms – from Nancy Mitford to neuroscience. Chris has always had a twisted passion for Nabokov and S.J. Perelman, Meg loves Evelyn Waugh and Aldous Huxley. We both love mysteries: Simenon, Sayers, Marsh. The list is long and genres be damned.

Can you give us any hints about your next novel or where the series is going?

Magnus Flyte’s City of Dark Magic and City of Lost Dreams are both out now in the US and UK, published by Penguin. Be sure to follow the author(s) on Facebook and Twitter for more news and updates.