An interview with DAN NEWMAN

Today’s interview is with Dan Newman, the author of The Clearing (published today by Exhibit A, the crime/thriller imprint of Angry Robot Books). To mark the release of his book, he was kind enough to answer a few questions… 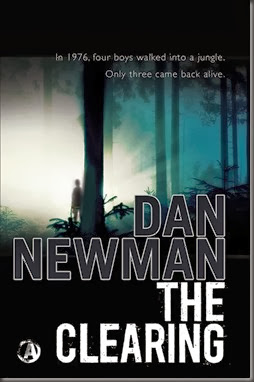 Let’s start with an introduction: Who is Dan Newman?

Stefan, thank you for the opportunity to stop by... with a new novel in the market I really do appreciate the chance to be part of your blog.

As for who I am, that’s probably best defined through my experiences growing up in-transit around the globe. My father worked in international development, so we moved a lot, and lived in some wonderful places. I was born in England, and currently live in Canada, but in between there’s been a tidy little list of places in Africa and the Caribbean. I was at a friend’s party a few days ago and a childhood pal of his spoke about how they had known each other and remained friends since they were four or five years old. That seems incredible to me, and something I can’t say of anyone, given how I grew up. Still, life’s a constant trade-off, and I what I missed in long-held childhood friends, I made up for in places around the world where I can stop in for a free meal and a night on the couch.

I thought we’d start with your fiction: Your latest novel, The Clearing, was published by Exhibit A in October 2013. How would you introduce the novel to a potential reader? Is it part of a series?

The Clearing is really a book about our past, and how, if left unaddressed, it can inform every part of our future lives. It’s about being a parent, about being an adult, and about recognising youth as a root system that feeds the lives we grow into.

The Clearing was written such that it could stand alone as a complete story, but there are a number of things I’ve set in there for a sequel – which I’m just completing now. It follows Nate Mason at three key periods in his life, and traces the path he’s compelled to take back to his childhood to deal with a formative tragedy that happened there. It dabbles a little in the occult, a little in psychological thriller territory, and a little in crime.

What inspired you to write the novel? And where do you draw your inspiration from in general? Also, what made you set it in the 1970s, as opposed to a contemporary setting?

This particular novel leans heavily on personal experience, and certainly the setting and mood were dictated by real life events. The plot is largely fiction, but the backbone of the story comes from an experience I had as a kid growing up on the island of St. Lucia in the 70s – hence the time setting. As an eleven or twelve year old boy, I spent a week-end at this very creepy old plantation estate house set deep in the St. Lucian rainforest. The local lore held it that the estate, like all the great plantations, was protected by a small and devilish creature called a Bolom – something we all had heard about as kids. It was kind of a Caribbean boogeyman. But that weekend, something came into the old house in the middle of the night, and ran through the place with these short, sharp footfalls. I was just plain terrified, and it stuck with me. Was it real? Was it a Bolom? The kid that was there absolutely believes it was. Years later that experience came through in The Clearing. It’s at the heart of what the story’s about. 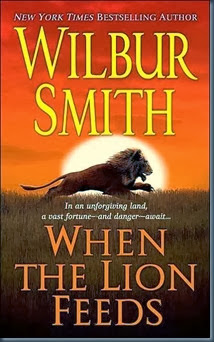 If I go back to what really got me reading, it’s all down to Wilbur Smith. Among the places where I grew up was Southern Africa – the Kingdom of Lesotho specifically. Wilbur Smith’s early work was all set in that area, and dealt with action and adventure on the African velt – which was right outside my door. His books are a fabulous introduction to genre fiction, and I still love to go back and rip through some of his novels. If you’ve not read his early stuff, I can guarantee it’ll be time well spent.

This may sound strange, but the whole idea of being a writer is a concept I have great difficulty with. I see it as a lofty title, and one that people have to work damn hard to acquire. I’ve been writing seriously for sixteen years, and I’ve yet to call myself a writer. I think with the publication of The Clearing and a second book in the offing I’m a little closer, but I still feel like I have some earning to do. When I think of writers, I see a very exclusive group of people who I greatly admire. I’d love to be among them, but I still have a lot of work ahead of me.

As for the practicalities of writing, I find regularity quite important. That’s not to say I eat a lot of bran – but rather I try to write every single day and move the story forward. I’m also really bad at falling asleep, so when I go to bed it’s an hour of plot revisions in my head. And, almost without fail, I manage to untangle the knots I tie myself into plot-wise while staring at a darkened ceiling.

Growing up we travelled a lot. My father was in international development, so we moved from country to country and I changed schools – and friends – frequently. Writing was a constant from place to place, and something I always felt came easily. That’s not to say I did it well, but I enjoyed it. And probably because of that I kept at it.

My first crack at a full novel was about sixteen years ago. I wrote a novel called The Cull – a very Wilbur Smith-ian effort set in Africa where I had lived for about ten years or so. I really loved writing it, and the satisfaction of having a full blown manuscript in my hand was just plain magical. I still love the story, the characters in it and the setting. It is a deeply flawed manuscript, filled with all kinds of issues and problems, but there’s purity to your first full-tilt effort that’s hard to explain. I plan to re-write it one day, but I’ll keep the original version close forever.

This is a really interesting question and one that’s a little problematic for me. Strictly speaking my publisher is a crime imprint, and I think I do fit into it, but right at the very edge of the genre. When I read some of the other authors published by Exhibit A, (and there are some fantastic titles in the line up), I realize that I am definitely over to one side of the genre bucket. I suspect that’s by design by the publisher, so as to broaden the appeal. One thing I will say about genre fiction, is that I think a lot of the authors I read get a bum-rap because of the word “genre”. There’s some really technically and creatively excellent writing in a lot of the novels that populate genre fiction, and because of that handle I think they get glossed over in terms of the quality of the writing itself. Genre fiction produces some first rate literature... along with outstanding story tellers.

Right now I’m finishing up the sequel to The Clearing. It’s the first time I’ve tackled a sequel, and it’s going very well in terms of progress. I’m discovering that the investment I’ve already made in really knowing the characters is incredibly helpful as I push them onto something new; I innately know how they would react to a given situation, rather than having to sit and ponder their actions. I was also surprised at how apparent the storyline was; it was all kind of there staring me in the face when I started – although I will admit to having left a few important hooks in the first book to help me along.

I just finished Steven King’s 11/22/63. I’m a big fan of Mr. King (but really, who isn’t?). I’m about to get into Richard Parker’s Scare Me, which has been sitting on my bedside table for quite a while now. I’m also half way through Ken Follett’s Pillars of the Earth, but with the recent book launch and my efforts to finish off the sequel, I’ve not read nearly as much as I’d like to lately. 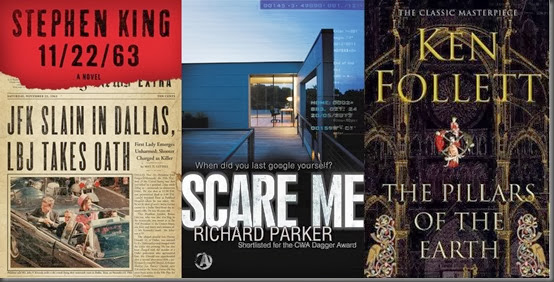 Well, as a youngster I played semi-professional football in Swaziland, Southern Africa – which is kind of interesting in itself... but more than that was the fact that the team had its own witch doctor. It was fascinating, and before every game there were numerous incantations, practices and potions that had to be honoured before we could suit up for the match. When we won, he was there standing tall, nodding and pounding his chest. When we lost, well, he apparently had somewhere else to be at the final whistle...

With The Clearing having just come out, I’m on a steep and wonder-filled learning curve. There’s so much more to learn than you realize while standing on the outside looking in, and listening to those who have been there before me is a large part of my game plan for the next twelve months – that and putting together the next book for the publisher. As a rookie I have to say that my first publishing experience has been super – thanks in no small part to the outstanding people at Exhibit A.

I’ve also been advised to enjoy the experience of having my first book published – which at first seems patently self-evident. But once you hop on the ride and get stuck into the practicalities of book launches, marketing plans and the minutia of publishing as a business, it’s easy to lose sight of the fact that you hit a major personal milestone. So that simple sounding advice is actually pretty sage; I plan to heed it, and see what those roses actually smell like.

Thanks for letting me stop by.