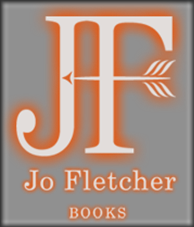 The first of this year’s round-ups of bookish things you and your bibliophile and SFF friends that should make your Christmas and/or holiday season all the better. I’ll be breaking these down by publisher, and maybe a smorgasbord post at the end. And, because I am always looking forward, I’ll include some recommendations for the new year, too. As much as I would like to include all the books published by my favourite publishers, it would take far too long, and so I’m just picking out a selection.

First up, books you should check out from Jo Fletcher Books… 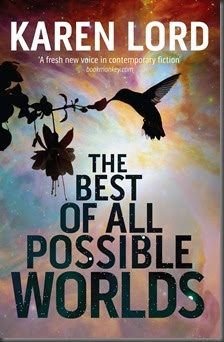 Karen Lord, The Best of All Possible Worlds

A proud and reserved alien society finds its homeland destroyed in an unprovoked act of aggression, and the survivors have no choice but to reach out to the indigenous humanoids of their adopted world, to whom they are distantly related. They wish to preserve their cherished way of life but come to discover that in order to preserve their culture, they may have to change it forever.

Now a man and a woman from these two clashing societies must work together to save this vanishing race — and end up uncovering ancient mysteries with far-reaching ramifications. As their mission hangs in the balance, this unlikely team — one cool and cerebral, the other fiery and impulsive — just may find in each other their own destinies... and a force that transcends all.

I have sadly not had a chance to read this, but it has received so much praise and support from the SFF community. It is a must-read, in my opinion, and I’m hoping to get around to it ASAP. 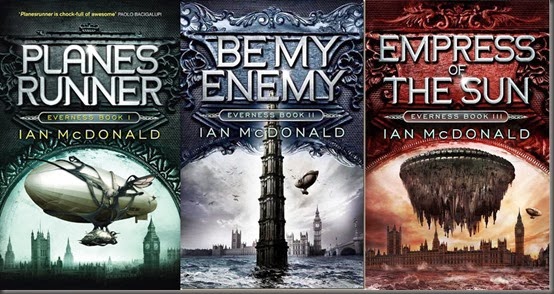 When Everett Singh’s scientist father is kidnapped from the streets of London, he leaves young Everett a mysterious app on his computer. Suddenly, this teenager has become the owner of the most valuable object in the multiverse — the Infundibulum — the map of all the parallel earths, and there are dark forces in the Ten Known Worlds who will stop at nothing to get it. They’ve got power, authority, the might of ten planets—some of them more technologically advanced than our Earth — at their fingertips. He’s got wits, intelligence, and a knack for Indian cooking.

The first two of these novels (Planesrunner and Be My Enemy) are already out, with Empress of the Sun due at the end of the year. I’ve seen so many people raving about this series. And hey, it’s Ian McDonald – he’s one of today’s SF masters.

Sarah Pinborough’s Mayhem and The Language of Dying 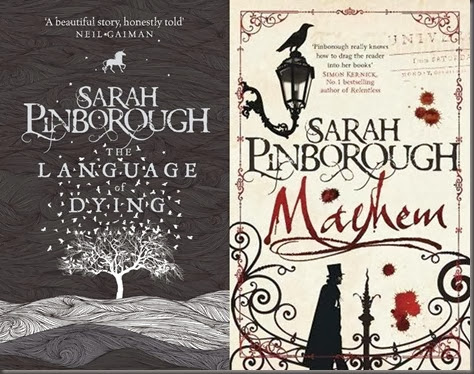 The Language of Dying: Tonight is a special, terrible night.

A woman sits at her father’s bedside watching the clock tick away the last hours of his life. Her brothers and sisters – all traumatised in their own ways, their bonds fragile – have been there for the past week, but now she is alone.

And that’s always when it comes.

As the clock ticks in the darkness, she can only wait for it to find her…

Mayhem: A new killer is stalking the streets of London’s East End. Though newspapers have dubbed him ‘the Torso Killer’, this murderer’s work is overshadowed by the hysteria surrounding Jack the Ripper’s Whitechapel crimes.

This has been a pretty awesome year for Pinborough, and these two novels – quite different – are among the cream of the year’s crop. 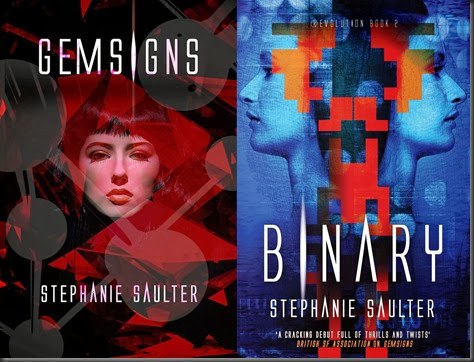 For years the human race suffered from a deadly Syndrome, but when a cure was found – in the form of genetically engineered human beings, gems – the line between survival and ethics was radically altered.

Now the gems are fighting for their freedom, from the oppression of the companies that created them, and against the norms who see them as slaves. And a conference at which Dr Eli Walker has been commissioned to present his findings on the gems is the key to that freedom.

But with the gemtech companies fighting to keep the gems enslaved, and the horrifying godgangs determined to rid the earth of these ‘unholy’ creations, the gems are up against forces that may just be too powerful to oppose.

Gemsigns was one of my favourite reads of the year. Binary is out next April, so be sure to make a note in your calendar. 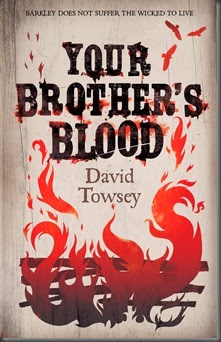 Thomas is thirty-two. He comes from the small town of Barkley. He has a wife there, Sarah, and a child, Mary; good solid names from the Good Book. And he is on his way home from the war, where he has been serving as a conscripted soldier.

Thomas is also dead – he is one of the Walkin’.

And Barkley does not suffer the wicked to live.

More zombies? Yes. But this is a great, intelligent novel, and just goes to show that there’s (un)life in the sub-genre yet. (Yes, I had to go there and use a pun.) Go read it.

For the New Year… 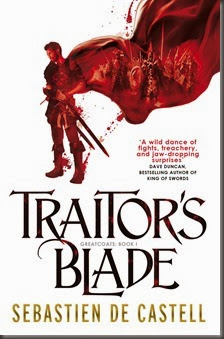 This just sounds great, as I mentioned earlier this month. (Due out in March.) 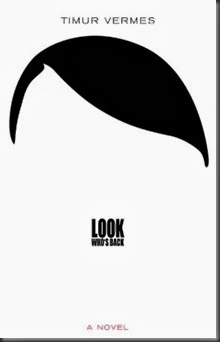 Summer 2011. Berlin. Adolf Hitler wakes up on a patch of ground, alive and well.

Things have changed – no Eva Braun, no Nazi party, no war. Hitler barely recognises his beloved Fatherland, filled with immigrants and run by a woman. People certainly recognise him, though – as a brilliant, satirical impersonator who refuses to break character. The unthinkable, the inevitable, happens, and the ranting Hitler takes off, goes viral, becomes a YouTube star, gets his own TV show, becomes someone who people listen to. All while he’s still trying to convince people that yes, it really is him, and yes, he really means it.

Ok, so this is actually published by Maclehose Press, but as that’s another Quercus imprint, it counts. It sounds really, really… well, potentially awesome. I do love a good, subversive novel…

Which other books from Jo Fletcher Books are you most looking forward to? [As I mentioned at the start, any exclusions from this list are not to be taken as lack of interest.]