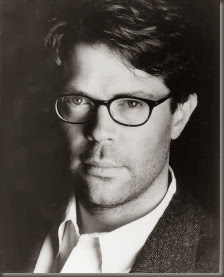 In the October 6th issue of the Atlantic Weekly, author Jonathan Franzen had an article called, “Why Novelists Should Stay Off Facebook”. [Before I continue, I must say I’ve been enjoying the Atlantic Weekly a great deal – it’s a brilliant read for anyone who can’t wait the month between each issue of the main magazine – and I’ve particularly enjoyed the articles on books and literature.]

The author is no shrinking violet when it comes to his opinions on technology, and especially any advancements that have an impact on publishing. He is not, for example, a big fan of eBooks, and has warned that they are “corroding values” and “damaging [to] society”. Anyway, the article was interesting, so I thought I’d offer some comments here, and see what other people think. The article carries a pretty restrictive prescription, especially in this day and age, but if you stand back and take a look at it, there may be some truth in what he writes (subjective and individual truth, of course, as there is no One Way to Write a Novel).

“... the internet in general – and social media in particular – fosters the notion that everything should be shared, everything should be communal. Where that becomes especially dangerous, I think, is in the realm of cultural production – and particularly literary production. Good novels aren’t written by committee. Good novels are produced by people who voluntarily isolate themselves, go deep, and report from the depths on what they find. The result is communally accessible, but not the process itself.”

Do you agree? I sometimes wonder about this. I think there is undeniable value that can be found in utilising social media to reach out to fans, potential fans, and the ever-growing horde of bloggers and reviewers (almost all of whom, I’m sure, use at least Twitter). To be able to reach out and engage with fans of your genre (critically or from their own position as fans), must have value. I can think of a few authors who, early in their careers, have reached out to bloggers to help get the word out about their upcoming debuts. Established authors can also marshall their considerable followings to help promote their own work and causes, or those of others they deem worthy.

I think the most important part of Franzen’s point, though, lies in the “Good novels aren’t written by committee” comment. To that end, he continues:

“What makes a good novel, apart from the skill of the writer, is how true it is to individual subjectivity. People talk about ‘finding you voice.’ Well, that's what it is. You’re finding your own individual voice, not a group voice.”

I agree with him. There are times when, in my precocious and pseudo-intellectual moments, I get the feeling that an author’s voice has been trampled by the requirements and tastes of their editors and/or agents. Certainly, there are plenty of examples of stunning debuts followed by lacklustre sophomore efforts that bear little resemblance to the style and panache of what came before. 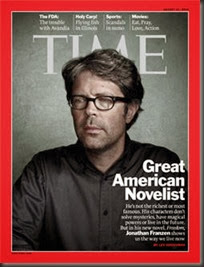 I wonder if, while he makes no explicit mention of them, Franzen is also passing judgment on the new-and-proliferating online writing forums and communities? Perhaps so, but then I wonder what his opinion would be on writing groups that are “old school” and in-person? Surely the online forums bring the potential for wider and more varied input? If you’re only able to meet and discuss projects with like-minded people from similar backgrounds (geographical and/or socio-economic), then you might miss a trick, or end up regurgitating time-worn cliches and tropes. But what if someone from across the world was able to offer comments and advice? Surely that would help keep things fresh, or spark a wholly original idea? (Gasp! Yes, they must still exist…)

As for his comment about novels not being created by committee… Well, as anyone even remotely interested in the publishing industry and process probably knows, no novel is written in a vacuum, and that there is a committee, of sorts, that will likely put their fingerprints on a novel that is to be published. One novel that was recently sold by my boss, for example, went through a number of drafts, before it was sent to me for a reader’s report, before then being sent to the editor, before being sent to another editor. That’s quite the committee. I don’t think anyone involved suggested anything that would take away or adversely suppress the author’s voice (one which I thought was superb, atmospheric, and at times immersive). But I do wonder if online forums might? If your audience or committee (just to keep using Franzen’s term) has no vested, professional interest in the final product, might that change their prescriptions? There is an online writers group/platform that at least one publisher keeps an eye on. I know of one novel that was picked up based on how much attention it received from users of that platform. To me, it wasn’ that interesting or particularly well-written. The novel equivalent of a camel? (Please tell me I don’t have to explain that metaphor?) That probably sounds like elitist claptrap to many people who read this, or something Franzen (professional Grumpus and naysayer that he is)* might pronounce. But I do think there is at least a kernel of truth in Franzen’s belief that for an author to develop his or her own Voice, one does have to step back from the cacophony of voices and opinions and inputs online. 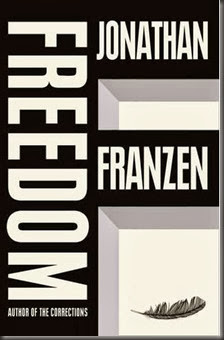 I do, however, think Franzen also doesn’t really understand the ways in which many authors (certainly many in the SFF genres) use social media and the internet. I don’t know of many who reach out blindly or incautiously for input from online communities. Most, at least in my experience, do so for publicity reasons. And for many it seems to work rather well, at least from a critical (if not commercial) standpoint.

Near the end of the article, Franzen expounds on some wisdom that Don DeLillo once shared with him, on the subject of authorial isolation:

“… if we ever stop having fiction writers, it will mean we’ve given up on the concept of the individual person. We will only be a crowd. And so it seems to me that the writer’s responsibility nowadays is to very basic: to continue to be a person, not merely a member of a crowd. This is a primary assignment for anyone setting up to be and remain a writer.”

In other words, writers and would-be writers should Be Aloof? What do you think? Is Franzen wrong? Completely, partly?

Jonathan Franzen is the author of, among others, Freedom and The Corrections.

* That being said, he still seems to have nothing on Brett Easton Ellis on that front…

Posted by Civilian Reader at 7:36 PM