An Interview with DANIE WARE 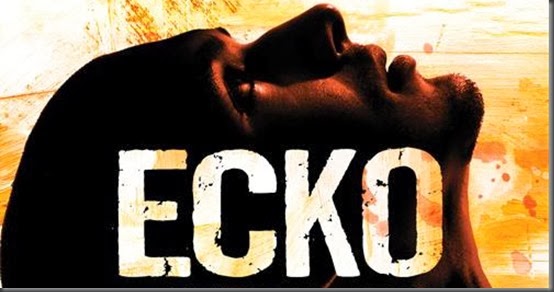 Danie Ware’s debut novel, Ecko Rising was very well-received by the SFF community, when it hit shelves last year. The sequel, Ecko Burning, is dropping imminently, and it seemed like a perfect time to grill the author about her series, writing, and more…

Let’s start with an introduction: Who is Danie Ware?

I’m a single Mum, with a nine-year-old son, and I work for Forbidden Planet’s Head Office in London, handling their Social Media and event organisation. In the past, I’ve been everything from Dark Age re-enactor to kiss-a-gram girl, though the less said about that, really, the better.

Your latest novel, Ecko Burning, will be published by Titan in October. How would you introduce the novel to a potential reader? It’s the sequel to Ecko Rising – how would you pitch the series to a new reader?

They’re sardonic fantasy, a tongue-in-cheek look at the genre/s we know and love. Ecko is hard-bitten, sarcastic and foul-mouthed – he’s a cyberpunk character thrust into a fantasy world and, initially, he has a great deal to say for himself.

As time passes, however, and he learns more about the world and the people round him, he must change his mind about accepting their reality and caring for them, or the whole lot may be forfeit. 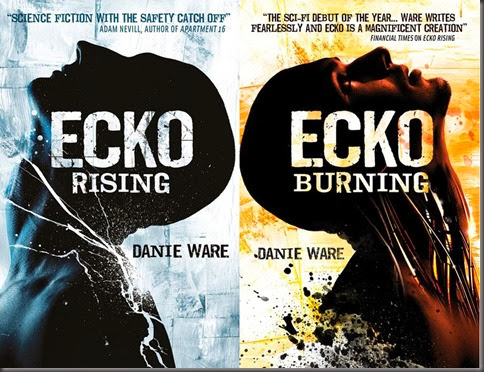 The short answer to that: my friends. As kids, we shared all sorts of worlds and wackiness, and we threw genres at one another just because we could. When I started writing, I’d no idea this kind of cross-genre had ‘never been done before’ - I was just doing it because it was fun. I had no idea it would wind up being quite this interesting or controversial! 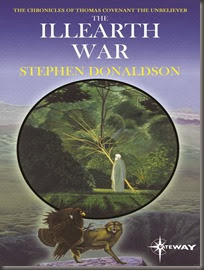 I used to love mythology as a child – knew the basic Greek and Viking myths by heart before I was ten years old. At 13, my friend lent me Stephen Donaldson’s The Illearth War, and I was hooked from that point on.

Between my son and my job, fitting it all in is pretty hard work. I have no daily wordcount, no discipline of time or desk or routine – I write where and when I can, and try not to get distracted by the evils of twitter. It’s a difficult thing, to juggle everything so that it fits and it has driven me to tearing my hair out at times… now that all three Ecko books are in, I’m looking forward to a rest!

I’ve written all sorts since when I was little. My first ‘proper’ story, if you like, was written when I was about 11 or 12, and it was a teenage horse story, complete with illustrations. It was absolutely bloomin’ awful.

During my twenties, I wrote upwards of 600- or 700,000 words – an original draft of the story that eventually distilled down into the Ecko books.

At thirty, I stopped writing completely – I guess life just caught me up – but I missed it like a friend and was very, very pleased when the ability and insight and compulsion came back. And the new Ecko started from there, tempered by everything I’d learned n the meantime. 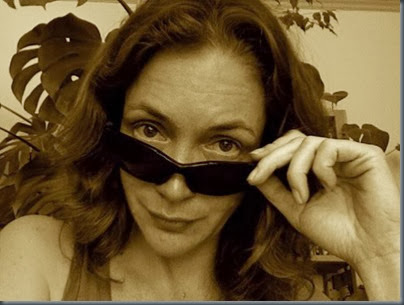 Having said that, though, the SF/F genre is expanding to encompass new ideas and different voices. Some publishers tend to stick to the same basic content; others are really changing the face of the industry and opening their ears and doors to all sorts of new ideas. It means that there’s something here for everyone – traditionalist and boundary breaker alike – and it makes our genre/s always a very exiting place to be!

The third Ecko book, Ecko Endgame, is now handed in and awaiting edits. As I’m probably moving house in the coming year, I’m short story girl for a while!

I’ve just finished Ben Aaronovitch’s Broken Homes, downloaded by mistake as I haven’t read the first three. Really enjoyed it, though I had to scrabble a bit to catch up. I walk round the Elephant and Castle every day and it was fascinating to see it brought to life.

This morning, I started Richard Morgan’s Altered Carbon, which is a book I should have read a very long time ago. And it’s awesome! 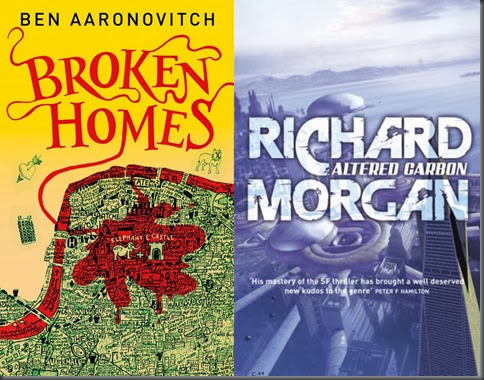 Ummmm… I guess I don’t keep things a secret, particularly. I was one of the first nine girls at an all-boys’ school, did ten years in Dark Age and Medieval re-enactment and had all sorts of odds and sods of jobs before eventually settling at FP.

The strangest thing may be either the kiss-a-grams (I was a lot younger then), or the fact that I worked for the Actuarial Department at Norwich Union, doing algebra, for about 18 months.

Honestly, I’m looking forward to my house move being over. As anyone who’s ever done it knows, it’s hugely stressful and I can’t wait for it to be done and gone. And to get back to writing the next thing!