That’s a bit of a vague title, I know. Just thought I’d write a quick post to highlight some glaring oversights in the Amazon Kindle UK Store. To be fair, that it’s a “glaring oversight” is completely my own opinion, as I’m sure there are other novels and series that are higher priority for… well, probably everyone, but maybe if I write this, someone will notice…

I’m a huge fan of Sandford’s writing, and the Lucas Davenport/Prey series is easily my favourite crime thriller series. The characters are brilliantly rendered, the setting is not one I’m familiar with (Minnesota and sometimes Wisconsin), yet the author can bring the locations to life. From the very first in the series (Rules of Prey) to the latest (Storm Prey), I’ve always been engrossed and entertained by the books. That the author has managed to maintain the quality for a staggering 20 books is amazing, and matched by very few authors. Add to this the Virgil Flowers companion series (Bad Blood, the fourth in the series, will be released soon), and the four, beloved Kidd novels, and Sandford is one of the best crime authors in the world. He seems to be largely unknown in the UK, however (or, at the least, insufficiently promoted).

I would love to get all of Sandford’s novels for my Kindle, so I can start reading them again.

Specifically, I’m talking about the first five books: Interview With the Vampire, The Vampire Lestat, Queen of the Damned, Tale of the Body Thief, and Memnoch the Devil. I first read these when I was 16yrs old, and I was enthralled by Rice’s gift for writing atmospheric, intriguing and thoughtful novels about vampires (yes, I know, not much vampire fiction is particularly deep, these days…). Rice touches on such a wide range of issues in her novels – religion, violence, sociopathy, love, humanity, power, to name but a handful – that it’s impossible for these novels to not get under your skin. Rice isn’t opposed to writing passages or about themes that will make the reader squirm, forcing us to think about or confront uncomfortable or taboo subjects.

Sure, they’re also highly entertaining, too, but I guarantee you’ll get more from reading these five books than you ever will from Charlaine Harris, Stephanie Meyer, or any other producer of the new Vampire-fiction crowd. 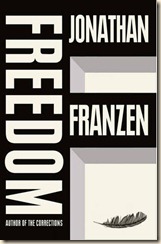 Strangely, given how successful and popular this author is, neither The Corrections or new opus Freedom appear to be available for the UK Kindle. In what can only be a happy coup for Sony, they are available through their eBookstore.

This is annoying for two reasons: First, because I really want to know what all the fuss is about; and second, the books are huge, and I just don’t have space for two more brick-sized volumes in my already tiny living quarters.

On a happier note, however, Terry Pratchett’s Discworld novels are almost all available for the Kindle, so that’s got to be a good thing! Other publishers who seem to be embracing the platform are Pyr (I’ll be buying lots of their releases), Orbit (can now take some of my favourite fantasy novels travelling with me), and bit-by-bit Gollancz/Orion. 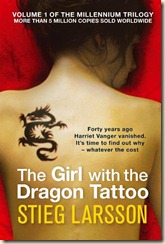 I imagine I will finally give Stieg Larsson’s novels a try, too. The Kindle versions are really cheap, and the Kindle Sample option will allow me to try-before-I-buy. It really is a great service, and Amazon should be applauded for adding/developing it.

I’m actually surprised I haven’t tried the Millennium Trilogy sooner – if for no other reason than the tattoo depicted on the cover is very similar to my own. Not the best reason to try a book, I know, but still…

Posted by Civilian Reader at 1:28 PM