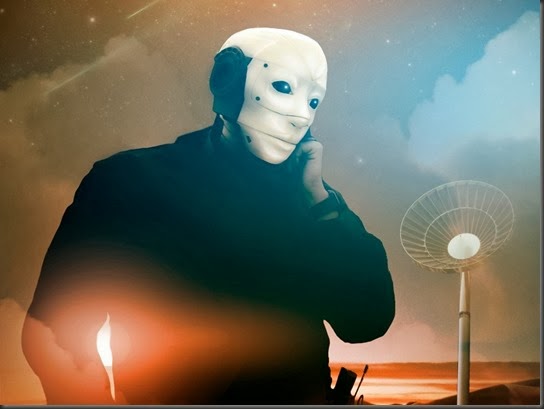 Paul Di Filippo is the author of Wikiworld, a great science fiction short story collection, which was recently published by (now award-winning) ChiZine. To celebrate the release of his new book, he has written the following piece about comics and their relationship with literature, and his own experiences as a reader and writer…

My first reading, beyond the typical picture books of my era, such as Harry the Dirty Dog and Hop on Pop, consisted of comic books. Lots and lots of comics. I recall the very first comic I ever read, in 1961, in the summer between first and second grades. It was Mighty Mouse in Outer Space, and it blew my primitive juvenile brain to flinders. (I recently tracked down a copy on eBay, and had lots of fun revisiting it.) I’ve never been the same since. You might very well say that this comic was my first introduction to the literature of fantastika, and set me on the course to becoming a writer of same. 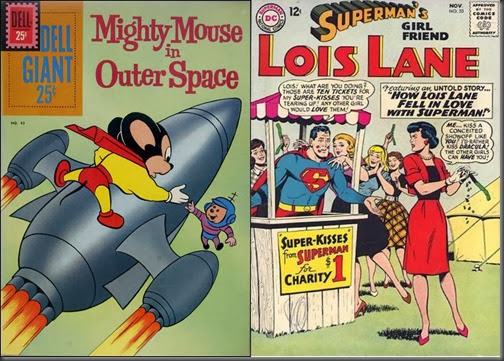 After this soon came the hard stuff. Batman, Superman, and the strange new antiheroes from Marvel. Alas, though I read them fresh off the drugstore stands, I retain no issues of Fantastic Four #1 or Amazing Fantasy #15, or similar lucrative titles. I concentrated on buying DC, while my pal Stephen covered the Marvel stuff, and we shared issues for mutual reading pleasure. Stephen, wherever he may be these days, got rich, and I got Lois Lane #53.

This phase of my readerly life lasted until about 1965, when I discovered hardcore adult science fiction, in the form of Raymond Jones’s The Year When Stardust Fell. To my retrospective amazement, I dropped comics almost entirely then, like a fickle lover, in favor of this new, more complex, more satisfying medium. Part of it had to do with my limited allowance. A dollar per week bought seven or eight comics, or two paperbacks. I couldn’t do both.

Well, I’m not going to recap my entire life as a reader from that point on. (To dispel one mystery: I returned to reading comics about thirty years later, with a vengeance.) But I tell the tale only to illustrate a very common path for my generation and the next couple after it. Right up into, oh, the late 1980s, this route — comics first, then books — was totally archetypical. Young fanboys and fangirls imprinted first on comics, then matured into readers of “chapter books.”

But we all know what happened next: the greying of the comics audience, the vanishing of comics from drugstores and supermarkets, the lack of innocent entry-level comics titles, the peer popularity of YA books, etc., etc. — all these factors and more have caused comics no longer to be really a gateway drug. And in fact, comics fandom and book fandom, while overlapping to some small Venn-diagram degree, often are utterly ignorant of each other. (This of course was not always the case, as modern comics fandom arose almost entirely from within SF fandom.)

One important thing which I think this change in reading patterns has caused to go missing from modern SF/F/H writing is a certain comic book sensibility: in plotting, character development, scene-setting, theme presentation, and all the other typical aspects of fiction construction. Because, you see, comics have their own tools of storytelling, and a writer does not fully internalize them unless he or she encounters them at a young, receptive age.

Let me clarify that I’m not talking about a dearth of novels about superheroes. Those are actually kind of trendy right now.

I’m talking about bringing the unique toolkit of comic book storytelling to any kind of writing at all. It could be a mainstream humorous novel, or a historical novel, or, in my case, an SF novel. Not many people are doing that these days.

Maybe you’re old enough to recall when writers such as Thomas Pynchon or Robert Sheckley or Kurt Vonnegut got labeled as “too comic-booky.” It was a fair cop! They were, I am certain, all readers of comics in their youth, and were incorporating the methods they had internalized into their adult prose.

I can’t conduct a seminar in this limited space about all the techniques I discern as originating among comic book writers and artists. I can only give a couple of examples.

Take the matter of switching scenery. Everyone knows how quickly and radically a comic book story can jump from one panel to another. We’ll call this the “then… Korea!” trick, from a recent blog post by the comics savant Mike Sterling. I don’t see this enough in novels. Oh, yeah, we’ll have a jump, an ellipsis of time and space, but usually to a different character, or as a predictable linear progression of the protagonist’s actions. “The next day dawned…” Nothing wild-eyed or unexpected, like catapulting the hero instantly from one venue to another in the blink of an eye.

Or take the matter of shifting the focus of the story in unexpected ways. The Simpsons TV show is the master of this. (Animated cartoons of course being the sibling to comics.) Three minutes into an episode, you think you knew where it’s headed, then, whammo, a total one-eighty. How often have you seen that maneuver in a book?

Or consider serial plotting within a single book. We start with one crisis which is resolved partway through the book, but contains the seeds of the next crisis, and so on as long as desired, until by novel’s end you’re utterly removed from the concerns at the beginning. I can’t even summon up a prose example of this common comics scenario.

If I had to adduce other writers than those named above who follow a comic book esthetic, I’d nominate A.E. van Vogt, Philip K. Dick, and Ron Goulart. Maybe you can start to get a feel now for the type of fiction I’m advocating. Jonathan Lethem, famously a comic book kid, in his early novels manifested some of these chops and riffs. Perhaps the purest and most satisfying writer of such stuff today is my pal Rudy Rucker. His novels are comic books without the artwork. And that certainly doesn't preclude him tackling serious and important subjects in sophisticated ways.

In my own fiction, I can point to several stories deliberately constructed along these lines. “Fractal Paisleys”; “The Double Felix”; “Flying the Flannel.” And so forth. 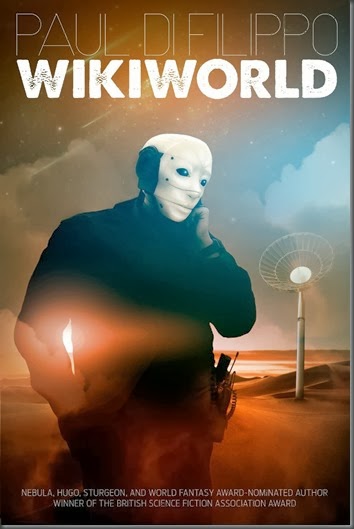 My newest collection, Wikiworld, holds a few. My all-robot story “Providence” is a homage to the great SF comics from EC. You can picture Wally Wood or Al Williamson art to go with it. “Return to the 20th Century” is more out of DC’s goofy Silver Age Mystery in Space or Strange Adventures line. But even other stories of mine that are not so heavily influenced have benefitted, I believe, by little salient comic book touches.

I said I returned to reading comics with high intensity about twenty years ago. The superhero stuff I enjoy these days is entertaining, but can’t really teach me anything new. But knockout creators like Richard Sala, Dan Clowes, Chris Ware, Jaime and Gilbert Hernandez, Ben Katchor, Cathy Malkasian and Bill Griffith continue to stimulate me to try to incorporate their specialist pencil-and-ink and word-balloon techniques into my prose fiction.

If you’re exclusively a prose writer, you should delve into the comics scene. Once you go lowbrow, you never go back!