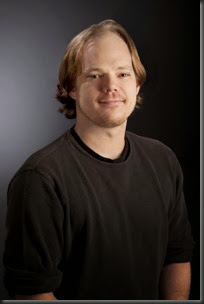 My taste in books, of whatever genre, can be summed up as follows: I like to turn literary rocks over and see if something nasty crawls out. I can’t help it. For this, I thank my mother, who got me hooked on that stuff at a young age. I remember being about eleven or twelve when she came home with a box of used books, one of which was a battered copy of Stephen King’s Christine, old even then. The cover was black with a white or silver striped design with a skull on it, best I can recall, and I thought it looked pretty cool. Plus, I had read some of IT over her shoulder at some point, and, with a twelve-year-old’s typical fascination with the morbid, this seemed like a pretty good author to tackle. My parents’ attitude toward my reading material was, “Whatever you think you can handle, kid,” so I dug in.

I read the book in record time, mostly in the car while we were on the way to meet somebody and consummate one of Mom’s not-very-good dog-buying transactions. (We ended up with a gigantic Malamute. That was, thankfully, some years before I read Cujo and began looking at enormous dogs in a new, unpleasant light.) 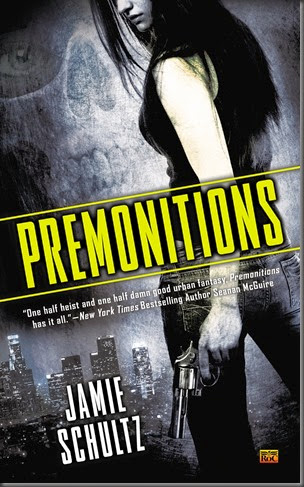 Some time not long after, Mom conjured up a copy of Peter Benchley’s Jaws, and if stories of terrifying things hadn’t gotten their teeth fully into me after Christine, Jaws adjusted their grip and made sure they’d never let go. The fallout was dramatic. Thanks to my friends, my reading habits eventually spread out into science fiction and fantasy, but I was always partial to the ones with a darker edge to them. The line between horror and some types of fantasy is a big blurry smear, at best, and science fiction is no stranger to the field, either (witness the movie Alien, for starters), so it was never that hard to find.

Probably most relevant to my current writing, though, is some reading material my buddy Jeremy dumped off on me in college. He was into Brian Lumley and Clive Barker, so we shared some interests there, but he also had a huge collection of graphic novels and comic books. I don’t remember what his thinking was, but one day he dropped a fat collection in my lap and said, “Read this. You’ll like it.”

It was the “Dangerous Habits” arc of John Constantine: Hellblazer. Part of Garth Ennis’s run. (Five or six years later, this would be adopted into a not-very-good movie redeemed only by Tilda Swinton playing an awesome Archangel Gabriel. I think Keanu Reeves might have been in the movie, too.) I didn’t grow up with comics (there was nowhere to get them within about thirty miles of my house), so I had assumed comic books were all spandex and superheroes, which (to further erode my geek cred) didn’t really do it for me. This, though, was an entirely different animal. For starters, it was far, far nastier than I would have guessed comic books could get away with—but it was also smart about it, with great characters, a clever script, and the brass to weave in some pretty scathing cultural commentary in a way I hadn’t expected. 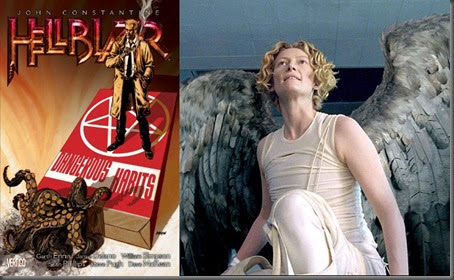 I went through the rest of Jeremy’s Hellblazer comics and bought a bunch more of my own. I now have seemingly zillions of the damned things. I know that the urban fantasy genre these days probably looks more to Harry Dresden and Anita Blake as founding parents, and god knows they’ve spawned plenty, but when I think urban fantasy, I think of John Constantine, the tormented fuckup who just can’t leave bad enough alone.

When I started writing Premonitions, I knew I wanted to do something that drew from the seamier side of urban fantasy, that darker piece within spitting distance of the horror novels of my youth, and I think it won’t be hard to spot the influences. The protagonists are thieves, led by Karyn Ames, a woman who has a gift for seeing the future in visions and hallucinations. If she doesn’t regularly take an expensive black market concoction, her visions drown out reality, sometimes gruesomely so, leaving her stranded in a world of possible futures both literal and nightmarishly metaphorical. (Already, you can probably see The Dead Zone and The Shining gleaming through the cracks.) As a result, she’s gotten hooked into a bizarre and bloody magical underworld, where magic comes directly from demons and the people that deal with them are untrustworthy, dangerous, or both. She and her crew live like parasites on the occult world’s underbelly, stealing items of dubious magical significance for cash which Karyn uses to keep her head in the present tense.

The crew is hired, at the price of two million dollars, for a dangerous heist (crime fiction and the nasty things that crawl out from under those rocks being the other side of my literary influences—alas, too much to go into here) on behalf of a notorious crime lord and magician. Since the story is fundamentally structured as a heist novel, I don’t think I’ll be giving away any spoilers if I say that the job doesn’t go exactly as planned. The crew finds itself pitted against otherwordly forces they never intended to mess with, and I get to let my horror freak flag fly a little bit.

The result is a fairly dark sort of urban fantasy novel that draws heavily from horror and crime fiction and isn’t afraid to show its roots. It’s an odd combination, but it seemed natural at the time, and if anybody asks me where the hell it came from, I can always just point them at Mom.

Jamie Schultz’s Premonitions is published by Roc Books, and is out now. Be sure to follow Schultz on Twitter and Goodreads. Here’s the synopsis:

It’s the kind of score Karyn Ames has always dreamed of—enough to set her crew up pretty well and, more important, enough to keep her safely stocked on a very rare, very expensive black market drug. Without it, Karyn hallucinates slices of the future until they totally overwhelm her, leaving her unable to distinguish the present from the mess of certainties and possibilities yet to come.

The client behind the heist is Enoch Sobell, a notorious crime lord with a reputation for being ruthless and exacting—and a purported practitioner of dark magic. Sobell is almost certainly condemned to Hell for a magically extended lifetime full of shady dealings. Once you’re in business with him, there’s no backing out.

Karyn and her associates are used to the supernatural and the occult, but their target is more than just the usual family heirloom or cursed necklace. It’s a piece of something larger. Something sinister.