Cover: THOSE ABOVE by Daniel Polansky (Hodder) 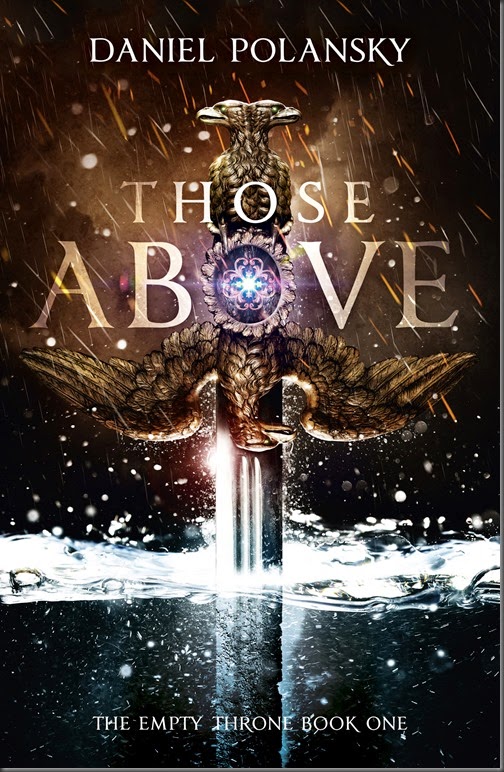 Wow. This is a beautiful cover for Daniel Polansky’s next novel. Colour me very excited and incredibly impatient.

THOSE ABOVE is the first novel in Polansky’s next two-part series, The Empty Throne. It is due to be published on February 26th, 2015. Can. Not. Wait.

Polansky is the extremely talented fellow who wrote The Straight Razor Cure (or Low Town in the US), Tomorrow the Killing and She Who Wakes. The first two are amongst the best novels I’ve read. I have shamefully not yet read the third novel in the series (only partly because Daniel signed my book at WFC in Brighton, which automatically made me want to protect the book more than usual…). Hm. Maybe I will read it next…