Feast your eyes on this twisted, visual delight… 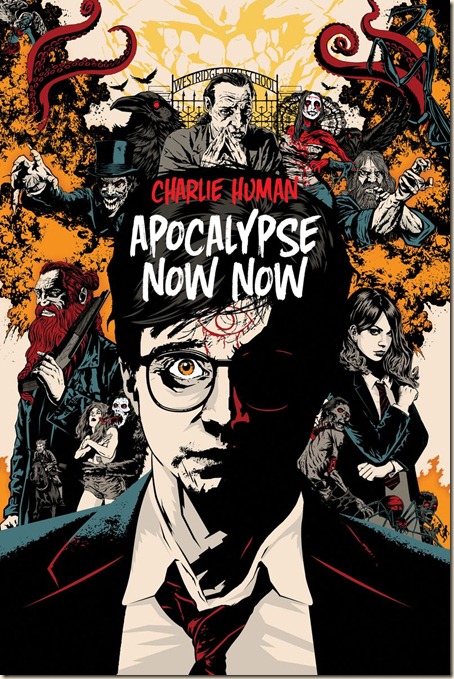 This is, as I’m sure you can gather, the cover for South African author Charlie Human’s debut novel, Apocalypse Now Now. The cover was first unveiled on the always awesome Pornokitsch (whose post also has an interview with Charlie Joey Hi-Fi – go check it out).

I’ve been hearing about this book a lot recently (from one person in particular…), and he has done a sufficiently excellent job of making me ridiculously excited to get my grubby mitts on a copy.

Baxter Zevcenko is your average sixteen-year-old-boy — if by average you mean kingpin of a schoolyard porn syndicate and possible serial killer who suffers from surreal  nightmares. Which may very well be what counts as average these days. Baxter is the first to admit that he’s not a nice guy. After all, if the guy below you falls, dragging you down into an icy abyss you have to cut him loose — even in high school. That is until his girlfriend, Esmé, is kidnapped and Baxter is forced to confront a disturbing fact about himself — that he has a heart, and the damn thing is forcing him to abandon high-school politics and set out on a quest to find her. The clues point to supernatural forces at work and Baxter is must admit that he can’t do it alone. Enter Jackie Ronin, supernatural bounty hunter, Border War veteran, and all-round lunatic, who takes him on a chaotic tour of Cape Town’s sweaty, occult underbelly.

What do glowing men, transsexual African valkyries, and zombie-creating arachnids have to do with Esmé’s disappearance? That’s what Baxter really, really needs to find out.

The cover at the top, by Joey Hi-Fi, is the UK edition (to be published by Century in August 2013), but Apocalypse Now Now will also be graced with an equally sinister and moody cover (also by Joey Hi-Fi) in the author’s native South Africa: 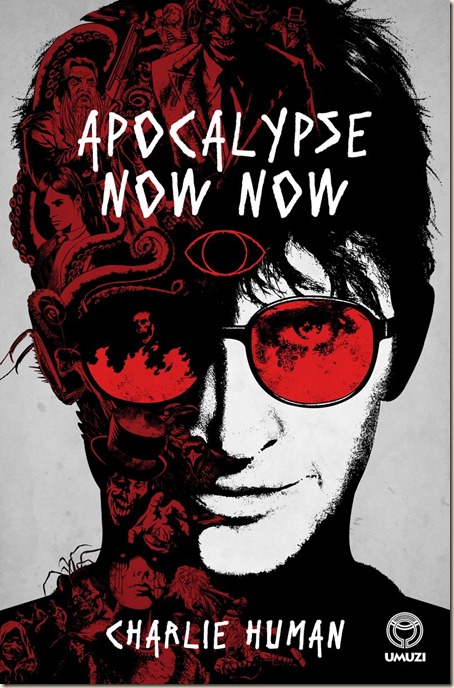 Posted by Civilian Reader at 11:54 PM