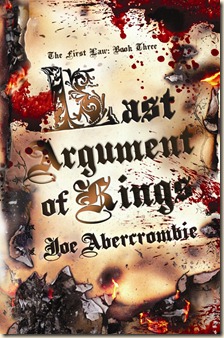 A strong finish to The First Law trilogy

The end is coming.

Logen Ninefingers might only have one more fight in him – but it’s going to be a big one. Battle rages across the North, the king of the Northmen still stands firm, and there’s only one man who can stop him. His oldest friend, and his oldest enemy: it’s time for the Bloody-Nine to come home.

With too many masters and too little time, Superior Glokta is fighting a different kind of war. A secret struggle in which no one is safe, and no one can be trusted. As his days with a sword are far behind him, it's fortunate that he's deadly with his remaining weapons: blackmail, threats, and torture.

Jezal dan Luthar has decided that winning glory is too painful an undertaking and turned his back on soldiering for a simple life with the woman he loves. But love can be painful too – and glory has a nasty habit of creeping up on a man when he least expects it.

The king of the Union lies on his deathbed, the peasants revolt, and the nobles scramble to steal his crown. No one believes that the shadow of war is about to fall across the heart of the Union. Only the First of the Magi can save the world, but there are risks. There is no risk more terrible, than to break the First Law...

It is always tricky to review the final book in a trilogy or series. So how to go about it, with a series and novel that I could talk about for hours? To avoid spoilers or over-analysis requires a very short review. But, “This is the culmination of a superb series” seems just a tad too short… The Blade Itself started the series in fine form. Before They Are Hanged kicked things into a much higher gear. And Last Argument of Kings brings things to a brash, loud conclusion.

All of our favourite characters are back, and each of them experience their fair share of heartache, pain, and unexpected turns of event. Glokta is back in Adua, working for an Arch Lector he increasingly disrespects. Logen, the “Bloody Nine” experiences perhaps the greatest emotional turmoil, as he continues to struggle with his berzerker nature. Jezal, upon his return, finds his life utterly turned upside down, as he is caught up in the political maneuverings that resulted from all the heirs to the throne expiring earlier in the series. Ferro is still here, too, thankfully – she’s a fascinating character, and by the end of the book, things are going to be very different for her. And the First of the Magi Bayaz’s grand long-game comes to fruition, and all who are caught up in its wake are changed forever – some for good, plenty for ill. He is like the antithesis of Gandalf… To make matters even worse, the Gurkish have besieged Adua and the rampaging Northmen of King Bethod. 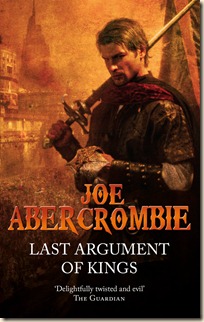 The ending itself felt just a tad busy, but this was mostly forgivable, and I think Abercrombie did a fantastic job of weaving a dark, epic tale of the ultimate of political and historical manipulations. It’s grand in scope, visceral in style, and – despite the occasional belief that it could have done with just a bit more pruning – utterly compelling. There are even a few revelations I had not seen coming at all. There’s a little less social and political commentary, but just as much examination of the darker reaches of the human psyche, and how downright evil we can be to each other, when in a position of power…

Speaking of Lord of the Rings, earlier: I can still see shades of that trilogy in Abercrombie’s work – distorted and twisted into a new shape, true, but I think I’m right in assuming Tolkien was an inspiration. It’s faint, but it’s there.

Regardless of what you might feel about the proliferation of “grimdark” fantasy, and the sub-genre itself, I think it’s safe to say that Abercrombie is one of the most important fantasy writers of the new millennium. The First Law trilogy shows what can be done with the genre, in both style and invention. Thank god I have Best Served Cold, The Heroes and Red Country already to hand.

Abercrombie’s success is entirely deserving. If you haven’t read any of his novels, yet, I highly recommend you rectify that as soon as possible. This is very highly recommended.

If you are already a fan of the series, or are more inclined towards comics and graphic novels, I would point you in the direction of The First Law graphic novel, which is a work in progress. Can’t wait to read the whole story in this new medium. 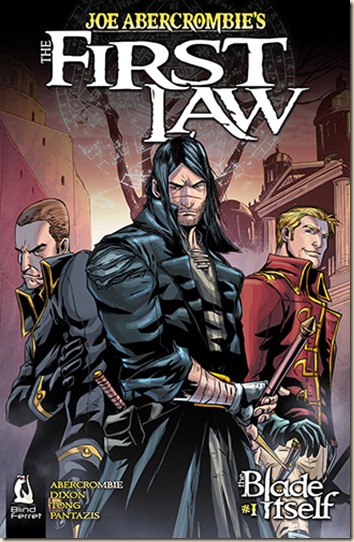