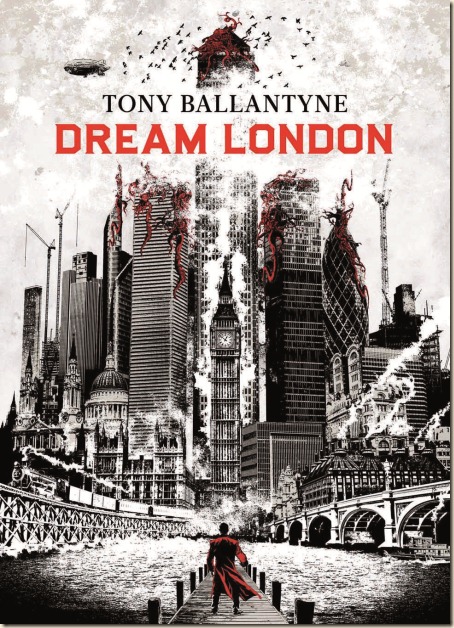 Hot on the heels of Joey Hi-Fi’s two awesome covers for Charlie Human’s Apocalypse Now Now (Century), Solaris has unveiled the artist’s superb cover for Tony Ballantyne’s next novel, Dream London. The novel will be published in October 2013. In the meantime, here’s the synopsis:

Captain Jim Wedderburn has looks, style and courage by the bucketful. He’s adored by women, respected by men and feared by his enemies. He’s the man to find out who has twisted London into this strange new world, and he knows it.

But in Dream London the city changes a little every night and the people change a little every day. The towers are growing taller, the parks have hidden themselves away and the streets form themselves into strange new patterns. There are people sailing in from new lands down the river, new criminals emerging in the East End and a path spiraling down to another world.

Everyone is changing, no one is who they seem to be.