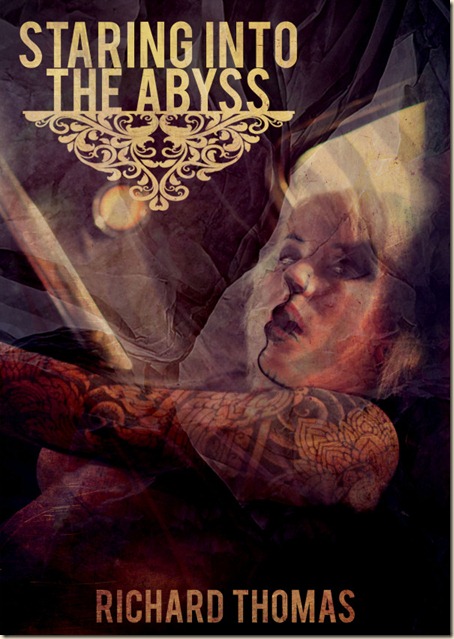 Richard Thomas is the author of STARING INTO THE ABYSS (Kraken Press – awesome cover, above), and while I do some catching up on my ever-growing TBR Mountain, I thought it would be a great idea to invite him over to CR to write a little something. He kindly took the time to put together a post (despite my hectic, less-than-speedy correspondence). Check it out…

“The Monster Within” by Richard Thomas

When we look at classic horror stories, and the need to update them, the way that so many authors today are trying to build on the beasts we all grew up with – werewolves, vampires, demons – I often take a step back, away from these creatures and ask myself what we’re really writing about. Is it a matter of graphic violence, the gore, do we just want to see a creature transform under the full moon, limbs stretching, bones popping, nails pushing through fingertips? Or the evidence of their feeding – necks ripped out, blood drained from pale flesh, muscle and sinew scattered across the forest floor, painting an abstract vision of the grotesque?

What fascinates me more is not a new version of the beast, the boogeyman, the creatures that hide in the shadows, swim in our waters, and hide beneath the earth. What I find the most terrifying, is the monster within us all.

Let me tell you a little story. It’s a true story, at least up to the endings I’m going to give you. When I lived in Wicker Park, a hip neighborhood on the near north side of Chicago, I used to grill out on a little barbeque pit I bought at Home Depot. Maybe $200 total for the gas range, easier to light in a hurry. I make these chicken wings every year for the Super Bowl, a mixture of hot wings, with the standard spices and hot sauces, but with an Asian flair—a bit of teriyaki, soy, ginger and Sriracha. I baste a ten-pound bag of wings overnight, stirring it, sucking the liquid up with a baster, and then squirting it back over the wings. It’s a labor of love.

Well, one year I was standing out in the cold cooking up the wings, after a night of marinating them, off to a party – not the Super Bowl, I know that much, because it was hot out – I kept running back upstairs to grab a cold can of Budweiser. Across the street from us was a block of Section 8 Housing – government property for those that were struggling to get by. I lived with my girlfriend at the time, Lisa, who is now my wife, and the mother of my children. These guys across the street, they were mostly black, a few Hispanics, nobody white. They would stand on the porch, smoke cigarettes, and at night the cars would stop, buy their drugs, and move on. They had kids of course – they were people you know, not monsters. I would nod to them when I walked past – I didn’t bother them, and they didn’t bother me. But I knew they had guns, I knew about the drugs of course – there would be fights, screaming, glass breaking, and the police would show up now and then. 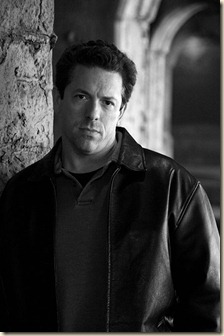 I was about halfway done with the wings, when I ran back up to get a beer. I was only gone about twenty seconds, but in that time the boys across the street had run over, grabbed the giant metal bowl of cooked wings, and disappeared. I stood at the barbeque, a slow rage building. I looked across the street, and they were all gone, not a single person in sight. I’d even given a few of the wings to some kids that had wandered over, not fifteen minutes early, as they’d walked by, saying, “Man, those wings smell GOOD.” I had paused – should I share with them, I had a lot of wings. “Here you go, have one,” I said, holding out the bowl. They each took one and walked away – happy, I thought. I guess not. One was not enough. They took them all.

As I started to walk across the street to go get my wings, I stopped. I asked myself, “What the hell are you doing?” The guns, the violence I’d seen, black eyes and bloody lips, kids crying, police cars. I turned around and went back to the grill, and cooked the other half of my wings. The bastards even kept the metal bowl.

Why did I stop? Because I knew violence, and I knew that it would escalate, that in the end, I might be the one to suffer, my girl. I’d been in fistfights where the only end to the beating is when one person didn’t get back up. I’d seen faces stomped into the curb. I knew that the monster that lived in me would be happy to get into it, to start something – baseball bat in hand, bricks through windows, slashed tires in the dead of night. I looked at my car parked right in front of the house. How long would it last? Not long, I imagined. The ending I imagined, the one I’m making up here, that didn't happen (but could have) involved terror – looking out the window, waiting for my girl to get home, standing outside smoking a cigarette, and then a gun is pushed in my temple, and what then? I’d be lucky with a beating.

A few weeks later, a woman was raped in the gangway between our apartment building and the one next door. This is not fiction – this is true. A man beat her, tore off her clothes, and shoved his hard cock in her most private and delicate area and fucked her until she bled, leaving her crying on the concrete. Above, merely feet away, my girlfriend and I slept soundly, the air conditioner blasting, never hearing a thing. The only evidence on the concrete sidewalk was a dark stain that would never quite fade away, some broken glass, and the idea that violence knows no rules, no laws – random chaos that can descend at any moment, and come home to roost.

This is what scares me – not werewolves, vampires or demons. (Okay, maybe demons a little bit, but that also comes back to religion and some sort of factual evidence.) These are the stories that fascinate me, the Dexters and Hannibals, or even the unnamed evil that lurks in the heart of all men, all women – the desire to hurt another human being, the need for vengeance, to be right at any cost. So quite often, in my stories, it’s not that yeti, the chupacabra, or a zombie. No, it’s the guy next door, drunk, running over a child in the street. It’s a moment of selfishness that results in the death of a wife, and the magic and voodoo that any man would trade to get her back, the love of his life. It’s the feeling of loss, of disintegrating, losing yourself in the madness of a moment in time, that tipping point, something you can never get back. It’s the monster within us all, flawed as we are – that’s what scares me. 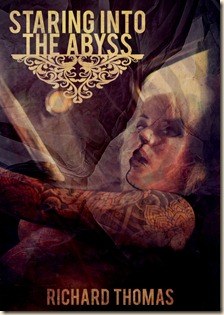 For more, Richard Thomas can be found on Twitter and his website. Here’s the cover (again) and synopsis for Staring Into The Abyss:

As Friedrich Nietzsche said, “Battle not with monsters lest ye become a monster; and if you gaze into the abyss the abyss gazes into you.” In this collection of short stories Richard Thomas shows us in dark, layered prose the human condition in all of its beauty and dysfunction. A man sits in a high tower making tiny, mechanical birds, longing for the day when he might see the sky again. A couple spends an evening in an underground sex club where jealousy and possession are the means of barter. A woman is victimized as a child, and turns that rage and vengeance into a lifelong mission, only to self-destruct, and become exactly what she battled against. A couple hears the echo of the many reasons they’ve stayed together, and the one reason the finally have to part. And a boy deals with a beast that visits him on a nightly basis, not so much a shadow, as a fixture in his home. These 20 stories will take you into the darkness, and sometimes bring you back. But now and then there is no getting out, the lights have faded, the pitch black wrapping around you like a festering blanket of lies. What will you do now? It’s eat or be eaten – so bring a strong stomach and a hearty appetite.