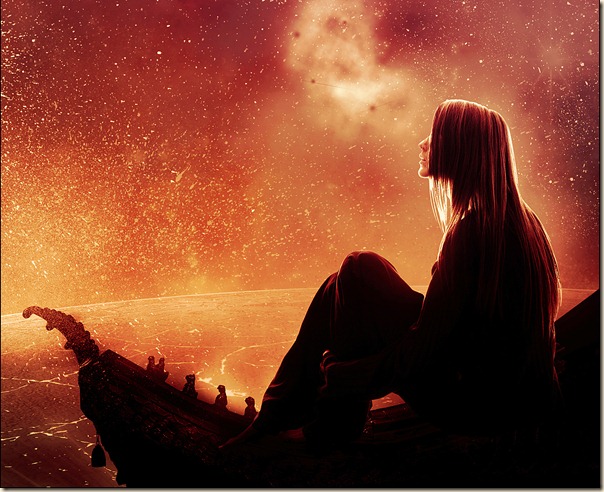 Debut author Christian Schoon was born in the American Midwest, and started his writing career in earnest as an in-house writer at the Walt Disney Company in Burbank, California. (Which is rather cool…) After moving from LA to a farmstead in Iowa several years ago, he continues to work as a freelance and also now helps re-hab wildlife and foster abused/neglected horses. An interesting fellow, I thought it would be a great idea to interview him. Apparently, along with writing, he was once shot by a hometown cop…

Let’s start with an introduction: Who is Christian Schoon?

Just another guy with a book… Grew up in the American Midwest, worked my way through college playing in rock bands, doing odd jobs; got a degree in Journalism, moved to LA, hired on as a copywriter at Disney, then freelanced, wrote some TV scripts for teen and kids’ sci-fi and fantasy shows; moved back to Midwest, bought an old farmstead, got involved with several animal welfare groups; wrote a sci fi series, found a great agent, he sold the series to a fabulous publisher. And voila. 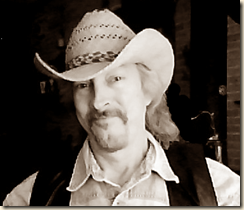 I thought we’d start with your fiction: Your debut novel, Zenn Scarlett, was recently published by Strange Chemistry. How would you introduce the novel to a potential reader? Is it part of a series?

The novel chronicles an eventful, well, very eventful, interlude in the life of a young girl in her novice year of training to be an exoveterinarian. Zenn is specializing the care and treatment of alien animals at the Ciscan Cloister Exovet Clinic and school on a colonized Mars that’s been cut-off from contact with Earth. Her alien patients are often huge, occasionally deadly and always fascinating. She’s love her courses, but she’s got a few problems. An absent father not communicating, a local towner boy showing an unusual and distracting interest in her just as end of term tests begin, a sudden surge of incidents at the cloister where animals escape their enclosures or exhibit uncharacteristically violent behavior and, oddest and most disturbing: she feels that she’s started… sharing the thoughts of some of her alien patients.

This is the first novel in a series. The sequel is well underway and will be published early next year. 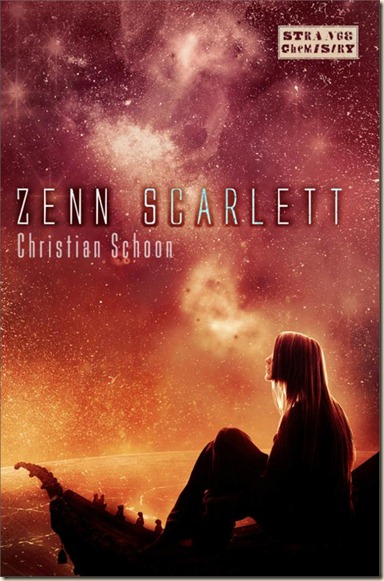 The Zenn Scarlett series grew out of my earlier-mentioned work with several animal welfare groups and the awesome veterinarians I met; some of these vets have developed unique skill sets in dealing with large, exotic and sometimes dangerous animals. This, along with my deep geek-love for all things science fictional, made Zenn’s adventures a logical progression for me once I started looking for a fresh creative challenge. 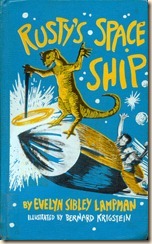 Well, there was Rusty’s Space Ship back in grade school, followed up quickly by the work of Golden Age sci-fi masters like Edgar Rice Burroughs, Asimov, Heinlein and that school of writers.

So far (knock on synthwood) my experience with the world of books and publishing has been solidly fab. My agent is a genre-savvy guy who immediately “got” Zenn and saw the book’s potential. My editor at Strange Chemistry is equally well-versed and has provided valuable feedback and made sure Zenn Scarlett was ready for release into the wild. As for work habits, I try to get as much of my writing as possible done in the morning. Afternoons are then used for any research and for wasting large chunks of time surfing favorite author and book sites.

Writing appealed to me from a fairly early age since I could go off on my own and do the work, get feedback, do whatever polishing was needed and have the project completed. I’m not really a team-player sort. I like my space. My first challenging writing work was done as an in-house copy and scriptwriter in the home video division of the Walt Disney Company in Burbank, and yes I do look back on those years with great fondness. Even though this did demand that I buck up and “play for the team,” my colleagues there were a truly wonderful bunch of creative and warm individuals and they made my time at Disney a pleasure. But I never really encountered an office-type setting similar to this again, and quickly decided work-from-home freelancing was the thing for me. 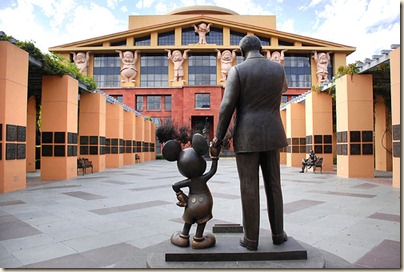 With all the publishing options available today there’s more great genre writing materializing before our eyes almost every day. The problem, of course, is winnowing through the surging tsunami of chaff to find the good stuff. And blogs like this one are often one of the most effective screening systems readers can turn to in order to track down their next read.

With any luck, my own writing will find its way to exactly this kind of platform and rise into the field of vision of those hungry-for-better readers and trigger some friendly word-of-mouth attention.

My main effort just now is the sequel to Zenn Scarlett. I’m also mulling a streampunkish sort of TV series that I will hopeful be able to turn my attention to once Zenn’s follow-on adventure is nailed down. 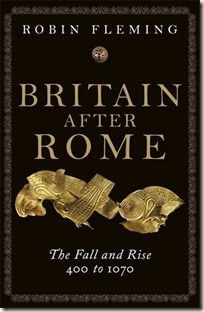 I’m reading several great new Strange Chemistry titles just now: a riveting sci-fi thriller, Playing Tyler by T.L. Costa and an eerie interpretation of a classic SF tale, Tainted by A.E. Rought. In non-fiction, I’m just about finished with Britain After Rome: The Fall and Rise 400–1070. This is a great glimpse into the real-world dystopia that was Britain in the wake of Rome’s collapse. It’s also very Game of Throne-ish, of course.

I was once shot at by the police in my tiny Minnesota home town. Details on request…

No surprise here: the publication of Zenn Scarlett: May 7 in the US/Canada, May 2 in the UK. After that, I’ll start looking forward to the release of the sequel. Yeah, predictable.

For more about Zenn Scarlett, it’s sequel and Christian himself, be sure to check out Goodreads, his Author Blog, his Twitter, and also his Strange Chemistry Author Page.