Black Library has just updated the Coming Soon section of their website, and some of the artwork really stands out. So, here is a selection of the best, along with synopses of their respective novels and a short comment from me. (Really it’s just an excuse to share some of these covers – they’re great!) 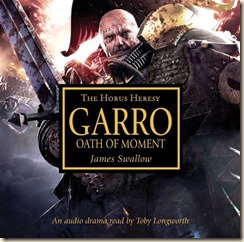 In surviving the horrors on board the Eisenstein, Nathaniel Garro proved his courage and absolute loyalty to the Emperor.  On his return to Terra, Garro is despatched on a mission of even greater importance – a mission given to him by Malcador the Sigillite himself. He soon finds himself back amongst the stars and on the fields of battle, thrust into a warzone where the Ultramarnes battle a greenskin invasion. Once again Garro must fight for survival, but now he also fights to achieve a higher purpose... 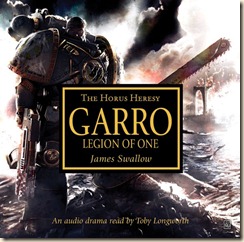 I’ve not had much experience listening to Black Library audio-books (only one thus far, with another on the way). Given the Horus Heresy setting, however, I’m rather interested in these two. 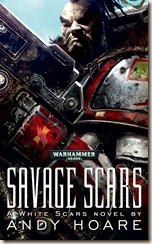 Dal’yth. The forces of the Greater Good have established a strangehold on the planet, and the time has come for the Imperium to move against them.

The White Scars lead the ground assault against the tau, launching into combat with speed and fury, shedding blood as they gain ground against their enemies.

Meanwhile, the members of the Crusade Council are determined to pursue their own agendas, and their politicking and back-stabbing will place the entire war effort in jeopardy. But little do they know that Inquisitor Grand has more extreme measures in mind, and the White Scars must achieve victory quickly or the cost to Dal’yth will be devastating.

The White Scars seem like an interesting Legion, and one that hasn’t received too much attention in the WH40k fiction line. The Mongol-horde inspiration for their character and practices sounds like an interesting alternative to more standard or conservative legions. I’m quite looking forward to this one. 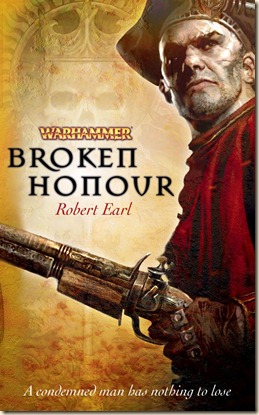 The armies of Hochland are at breaking point. Beset on all sides by the feral beastmen, the safety and prosperity of the province is shattered. These are desperate times.

Mercenary Captain Eriksson looks to capitalise on the conflict, buying the freedom of a group of prisoners to form a new free company. The criminals are delighted to be released, but this comes at a terrible price – to fight and die in the upcoming conflict. Eriksson must lead his makeshift company into one bloody conflict after another, putting his faith in those who gave up on honour long ago. On the battlefields of Hochland, either damnation or redemption awaits them.

I enjoyed the Adventures of Florin & Lorenzo: with the author’s quirky humour and quickly-paced adventures, it fell into the same category as the Gotrek & Felix series. Naturally, this makes me interested in Earl’s latest novel. And the cover is just brilliant – really stands out among other WH novels. 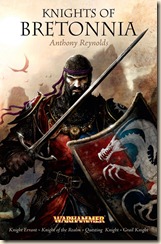 Bretonnia is a land shrouded in myth and magic, under siege from the strange creatures of its shadowy forests and those fallen to the lure of the Dark Gods. Against these fearsome foes stand the Knights of Bretonnia, calling upon their faith in the Lady and their guile with the sword to repel their legions of enemies. When young noble Calard starts upon the path to knighthood, he soon discovers the darkness hidden within his homeland and the price that must be paid by those seeking the holiest of honours – the title of Grail Knight. Accompanied by his faithful manservant Chlod, he must face vampires, wyverns, Chaos warriors and goblins, but each battle brings him one step closer to becoming the legend he seeks.

Knights of Bretonnia collects the novels Knight Errant and Knight of the Realm, plus two new novellas, Questing Knight and Grail Knight. The novels and novellas form the complete saga of Calard, following his story from his training as a knight through his most epic of victories. I never read these 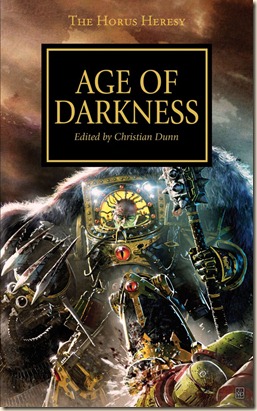 After the betrayal at Isstvan, Horus begins his campaign against the Emperor, a galaxy-wide war that can lead only to Terra.

But the road to the final confrontation between father and son is a long one – seven years filled with secrecy and silence, plans and foundations being formed across distant stars.

An unknown history is about to be unveiled as light is shed on the darkest years of the Horus Heresy, and revelations will surface that will shake the Imperium to its very foundation...

Not really sure about what we can expect from this anthology. The previous one, Tales of Heresy, was pretty good, but lacked the cohesiveness of a single novel. The synopsis suggests things are getting close to the end of the Heresy, so who knows how many more novels might follow. I’m curious to see how they’ll advance the overall story

Anyway, that’s just a selection of the novels coming up from the Black Library. If you’re interested in reading about other forthcoming titles, head on over to the website to see a full listing (from September 2010 to May 2011).

In another piece of exciting, Black Library-related news, I found this image on their website: 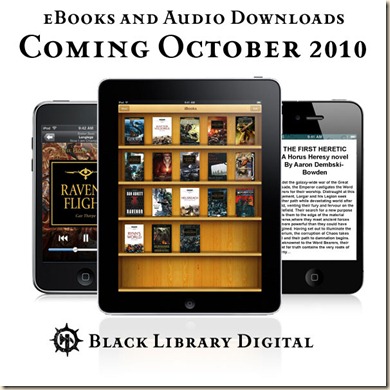 While there isn’t too much detail yet about which titles will be available to begin with (though look closely at the iPad, above, and you might be able to get an idea), I can certainly say this is a great development! The chance to get all the back-listed Gotrek & Felix and Gaunt’s Ghosts novels in eBook format is something I’ve been wanting for a long time. The digital format will also, potentially, allow for older titles to be resurrected. Here’s what the press release says:

“We are looking at both our forthcoming releases and backlist to decide how best to make them available, nothing is set in stone at present.”

As for what formats the eBooks are going to be available in, here’s the comment from the website:

“We will most probably produce our eBooks in Mobi (the Kindle format), ePub (most other eReaders such as the Sony Reader and Barnes & Noble Nook) at the very least. We are still looking into this; more info to come.”

So, at least they’re going to do their best to make the novels available to all eBook readers. Now, about the price…? Not a clue.

Anyway, that’s all the news for the moment. Interesting developments, and something I’ll be looking into, when I buy a Kindle (I’ve caved, and I just know I have to have one…).

Posted by Civilian Reader at 8:14 PM