And one more for Mr. Weeks (Orbit)

It would appear that Brent Weeks’ The Black Prism has had a re-design. While I had no problem with the original cover (it matched the style of his Night Angel Trilogy), the new cover artwork is a lot more atmospheric and, now that we know a little bit more about what the novel’s actually about, it seems to match better. 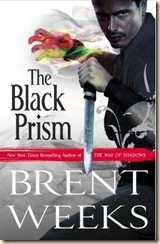 And the newer, slightly Prince of Persia-esque artwork: 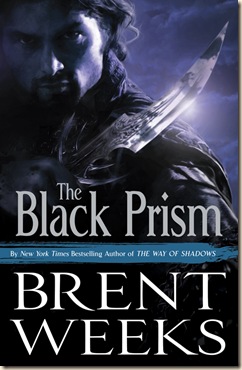 And here’s the synopsis:

I must admit to not being 100% sure about having the protagonist named Gavin, as it seems a little… I don’t know… not entirely heroic. I’m sure I’ll get used to it, though. (What a terrible bias to have…)

Thanks to the excellent A Dribble of Ink for posting about this – otherwise, I wouldn’t have known about it. I have since found the original post on Orbit’s website. Although I do disagree with Adrian – I like this cover quite a bit. It’s simple, and more in keeping with the UK market (as far as I can tell). It’s clear, though, that we have different tastes when it comes to cover artwork, as I personally don’t like the new artwork for Brandon Sanderson’s The Way of Kings, which is done in the US style.