This is just another excuse to let you know of some upcoming Angry Robot releases, and also to show you some more gorgeous cover artwork. I guess it’s kind of weird that many bloggers do this, considering the old warning to not judge a book by its cover, but still… These are just too cool.

First up, we have two covers from Maurice Broaddus: King Maker and Kings Justice. The former already has a proper book-cover done (left), while for the latter we’ve only got the general piece of art available (all found on Angry Robot’s own website). King Maker is described as:

On the streets of Indianapolis, the ancient Arthurian cycle is replaying in the lives of rival street gangs. Told through the eyes of King, as he gathers like-minded friends and warriors around him to venture into the fastness of Dred, the notorious crime lord, this is a stunning mix of myth and harsh reality.

Here’s the artwork for both: 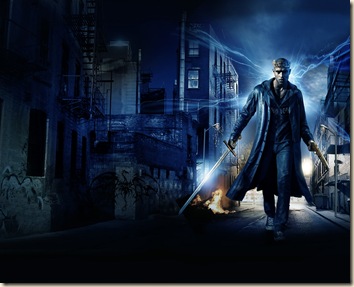 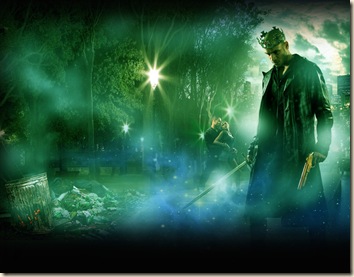 Another upcoming release from the publisher is Ian Whates debut novel, City of Dreams and Nightmare. The publisher’s blurn for the novel, which I am really looking forward to, is below (along with cover artwork): 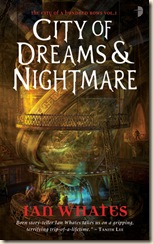 They call it the City of a Hundred Rows. The ancient city of Thaiburley is a vast, multi-tiered metropolis, where the poor live in the City Below and demons are said to dwell in the Upper Heights.

Having witnessed a murder in a part of the city he should never have been in, Tom, a lowly street-nick, has to run for his life through the City Below, Thaiburley’s unsavoury basement world. Accused of committing the murder himself, he is pursued by sky-borne assassins, Kite Guards, and agents of a darker force intent on destabilising the whole city. His only ally is Kat, a renegade like him, but she proves to have secrets of her own…

Finally, the artwork that will go into making the cover for Dan Abnett’s next Angry Robot release, Embedded (this is a stunner): 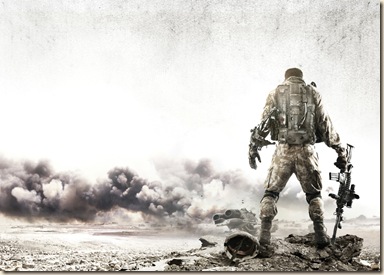 We promise to get round to some more Angry Robot reviews, as soon as we make a dent in the current pile of books. There are a lot of excellent ones coming up in the next couple of months, so keep an eye out on here and twitter for updates.

Email ThisBlogThis!Share to TwitterShare to FacebookShare to Pinterest
Labels: An Aside, Angry Robot, Artwork, Upcoming