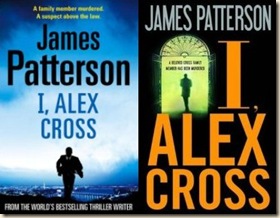 Detective Alex Cross is pulled out of a family celebration and given the awful news that his niece, Caroline, has been found brutally murdered. Cross vows to hunt down the killer, and soon learns that Caroline was mixed up in one of Washington's wildest scenes; linked to a modern-day Hellfire Club where your every desire is available (at a steep price).

And she was not this killer's only victim. The hunt for her murderer leads Alex and his girlfriend, Detective Brianna Stone, to a place where every fantasy is possible, if you have the credentials to get in. Alex and his partner, Bree, are soon facing down some very important, very protected, very dangerous people in levels of society where only one thing is certain - they will do anything to keep their secrets safe.

As Cross closes in on the killer, he discovers evidence that points to the unimaginable - a revelation that could rock the entire world as, for perhaps the first time, a serial killer might have ties to the White House.

Reading and reviewing James Patterson’s novels these days can go either way. One possibility is that you’ll be entertained and enjoy every minute of it. The other possibility is that you won’t be able to stand the ordeal of reading the novel. With I, Alex Cross, however, Patterson has managed to find the middle ground, with an uneasy balance of fast-paced serial killer-chasing action and slow personal “angst”.

There are parts of this novel that are as gripping as you might expect from such a successful author, as his pacing and prose pull you along for the ride and with the case. The hunt for the serial killers, and the political scandal, corruption and intrigue that goes hand-in-hand with Cross’s investigation are gripping, entertaining and very good. You find yourself wanting Cross to charge out, guns blazing, as he hunts down Caroline’s killer, the mysterious “Zeus”. The characters in the main story are interesting and pretty well created, if standard Patterson-fare.

The side story, involving Cross’s beloved grandmother’s illness, and the impact it has on Cross and his family, is completely boring and totally predictable. The pace of the novel drops precipitously whenever Cross goes back to be with his family. As always, Patterson is clearly trying to make Cross’s family life a juxtaposition to his work life. But, unfortunately (and by now predictably) the author pours on so much schmaltz, with almost every character over-emoting and crying at the drop of a hat, that you just can’t help but not care. Or skim-read these sections, which is what I ended up doing. If this had been written in an earlier novel in the series, I’m sure I would have cared a great deal more. But now I just don’t.

If Patterson had focused more on the actual case that forms the premise of the novel, and the implications of Cross’s investigation (there are some novel developments that I was intrigued by), and less on the family, this would have been a Patterson novel of much higher quality, and one that I probably would have read much quicker and more towards the edge of my seat. Unfortunately, this wasn’t to be.

It might also be pointed out that the US cover is misleading – it states that a “beloved” member of the Cross family is killed, when really Alex knows basically nothing about Caroline.

Patterson’s Cross novels have been a favourite of mine for years, ever since I picked up a copy of Violets Are Blue while in Japan. I read as many as I could get my hands on, and have read every one since. The quality is in noticeable decline, however, and I’m not so sure I’ll rush out to read the next one. I have Alex Cross’s Trial, which was co-authored with Richard Dilallo, but I’m not finding myself in any hurry to get to it.

Patterson has done better, but a long time ago. Anything in this series after Four Blind Mice has a noticeable drop in quality, while everything before it is of superior quality. I, Alex Cross will still entertain, and there’s plenty of good content in here (and it’s certainly better than the shelves of co-authored books he produces these days). Gripping in places, only to be disrupted by unwanted and unnecessary over-emoting. If you like fast paced thrillers, then certainly pick this up.

Posted by Civilian Reader at 3:14 AM