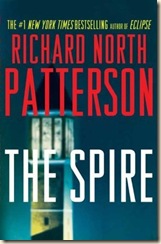 Death and trouble on campus…

The story of Mark Darrow’s youth is a classic overcoming-hardship tale, complete with academic mentor and football scholarship.

He’s from an extremely poor area in Ohio, playing football to escape his life, when Professor Lionel Farr steps into his life and offers him the chance to go to Caldwell College – to become something more than a manual labourer or factory worker. The chance to really make something of his life. Darrow, taken in by Farr’s family life and what he sees on a visit to the campus (the professor has him over for dinner), decides he wants more from life and applies himself to his studies. So far, so up-from-your-bootstraps.

However, during his time at Caldwell, there is an accident after an alcohol-and-drug fuelled fraternity party, involving a black girl and one of Darrow’s best friends, Steve Tillmann. She is found dead at the foot of the Spire, which dominates the college aesthetic and mythology. As police investigate, Mark does everything he can not to implicate his friend, but the evidence (such as it is) mounts up and Steve is sent away for life without possibility of parole.

Sixteen years pass by, and Caldwell is in trouble again; this time, the college is suffering from an embezzlement scandal, after former president Clark Durbin appears to have siphoned off nearly a million dollars into a Swiss bank account. Farr approaches Darrow, now a highly successful trial lawyer in Boston, to return to Caldwell as its new president, in the hope of reviving the college’s ailing reputation and finances. After returning to Caldwell, Mark finds himself pulled back into the investigation, unable to assuage his guilt for not helping his friend at the time. The further he delves into the evidence and testimonies, the more he is convinced Steve didn’t do it, and he sets out to prove it, while also juggling his busy schedule as college president.

As always, Richard North Patterson has managed to use real-life conditions (difficulties of a small academic establishment) as a vehicle to discuss American society, all wrapped up in a perfectly-written thriller package. While the story of The Spire isn’t as politically charged as his Kerry Kilcannon trilogy (No Safe Place, Protect & Defend and Balance of Power) or The Race, Patterson is still able to write a plot filled with social commentary (black-white relations in small-town America) while retaining the readability of the best thriller writers. He has been described as the ‘thinking-man’s thriller writer’, which I would certainly have to agree with.

I found myself blitzing my way through the story, so fluid and expertly crafted were his prose and plotting (one sitting kept me up until 4am, as I rattled my way through the bulk of the novel, finishing it this morning before work). In Mark Darrow we may have a pretty typical protagonist for this type of novel (not to mention highly unlucky in his personal life), but he is written sufficiently well that you won’t really mind. The relationship between Darrow and Farr is interesting, with the elderly professor clearly the only man Darrow feels the need to impress or please, and whose respect he needs. Sure, the situation is one of those idealistic mentor-pupil relationships, which are basically unheard of in reality, but again the story is written in a way that you don’t care about any of the slightly clichéd thriller tropes used within. Equally, the relationship that develops between Mark and Taylor (Farr’s estranged daughter) was a given, but again expertly written.

Patterson continues to write excellent novels, and while this doesn’t quite live up to the standard set by Balance of Power and reaffirmed by The Race, it is nonetheless a great and very enjoyable read throughout. The pace never slackens, and the writing is tight and gripping throughout.

Highly recommended to all fans of thrillers and intelligent writing.

The Spire will be released in the UK February 5th 2010 by Macmillan: 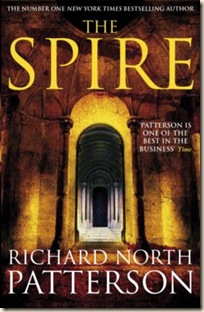