I must have said it a hundred times on the blog, now, but I really must get around to reading Josh Reynold’s Road of Skulls, his first full-length novel featuring my favourite Dwarf Slayer and human companion… In advance of that, though, I spotted the artwork for Reynolds’s next novel in the series, The Serpent Queen: 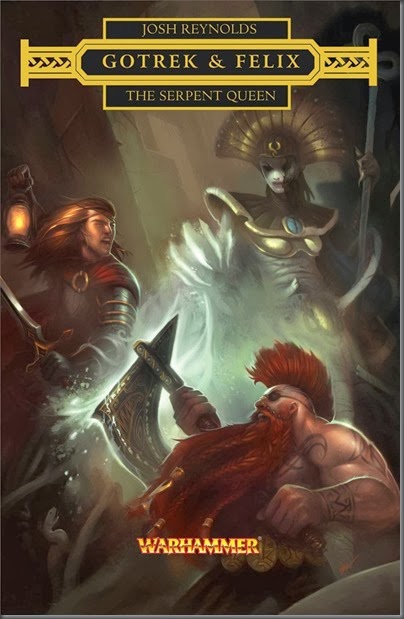 Sorry for the low-quality image, but I wanted to share the cover anyway. It’s one of my all-time favourite fantasy series, so I’m always excited for news and more fiction (even if it does take me altogether too long to get around to reading them…). Here’s the synopsis:

Gotrek and Felix: unsung heroes of the Empire, or nothing more than common thieves and murderers? The truth perhaps lies somewhere in between, and depends entirely upon whom you ask... Travelling to the mysterious south in search of a mighty death, the Slayer Gotrek Gurnisson and his human companion, Felix Jaeger, find themselves caught up in a battle between warring kingdoms. Captured by the sinister Queen Khalida and forced to do her bidding, the adventurers must brave the horrors of the sun-soaked Land of the Dead, where the dead do not rest easy.

Serpent Queen is due to be published in March/April 2014. Road of Skulls and David Guymer’s City of the Damned are available now from Black Library. In addition, the first in the series, William King’s Trollslayer, has recently been re-released as part of the Black Library Classics series – it is, in my humble opinion, a must-read. 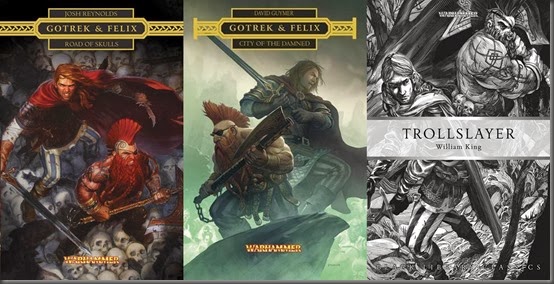