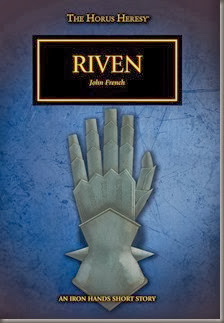 As one of the vaunted Crusader Host, Brother Crius stood as the representative of the X Legion upon the soil of Holy Terra, but when he learns of the death of his beloved primarch Ferrus Manus at the hands of the traitors, his stoic, mechanical grief imbues him with the strength and resolve to undertake a special mission on behalf of Rogal Dorn himself. Striking out into the stars, he searches for any signs of his lost Iron Hands brethren, hoping to bring them back to Terra to aid in the final defence of the Palace. The question remains – just who has survived the slaughter on Isstvan V, and what yet remains of them?

I’m always happy when a new piece of Horus Heresy fiction is released, and this one is by an author I have not read much by, before. The story follows Brother Crius, a member of the Iron Hands, struggling with the loss of his Primarch, Ferrus Manus. He is tasked by Sigismund, the First Captain of the Imperial Fists to seek out any other survivors of the Isstvan V massacre, and bring them back to Terra to bolster the defence against the eventual attack by Horus’s forces. Heading out, with the support of an Imperial Fists captain, what Crius and his companions discover is not at all what they were expecting – nor, actually, what I was expecting.

I like what French has done with this story. While I wasn’t entirely clear as to why Crius was incarcerated at the start of the story, the author nevertheless has written a pretty great story. We see a little bit more of what makes the Iron Hands tick, and also a little bit of the psychological damage that the death of Ferrus has caused. True, it’s still a relatively short story, so there isn’t too much of this, but I would certainly like to read more about the Legion pre- and post-Ferrus’s death. The final battle is pretty intense, and not over-described (which was certainly welcome to me). Overall, this is a recommended addition to the growing Heresy story. 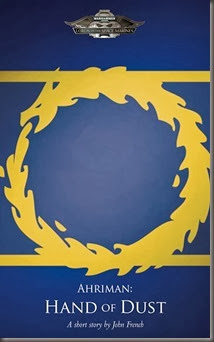 On Prospero, a solitary living soul walks across the shattered world. Beneath the ruined spires, Ahriman, exiled son of Magnus the Red and destroyer of his Legion, contemplates what once was, what is, and what may yet be. And amidst the dust of the long-lost paradise world, the sorcerer faces his mistakes and decides his destiny.

This (very) short story is part of Black Library’s Advent Calendar series of eBooks. It is also the second by French featuring the Thousand Sons (All is Dust, another micro-story, was released early last year). Hand of Dust follows one of the greatest sorcerers of the Thousand Sons traitor legion – Ahriam, the architect of the Rubric that ‘froze’ his fellow legionaries, in an attempt to rescue them from the fate that has plagued the sons of Magnus for centuries.

Hand of Dust is perhaps too short to really have much to write about it. The premise is interesting, and I think it could (and, perhaps, should) have been extended. It’s like a teaser for French’s writing and also his Ahriman fiction. It’s a good one, too. As with Riven, above, French’s writing is pretty solid and well-crafted. It is perhaps not as streamlined and fluid as some of the other, more-established Black Library authors, but it’s still very good. It will certainly be interesting to see how he develops over time.

French also wrote the first Ahriman novel, Ahriman: Exile (below), which is out now, and has now been bumped up my tottering TBR mountain. Ahriman also features in Rob Sanders’s Atlas Infernal and Graham McNeill’s superb A Thousand Sons (and a handful of other Horus Heresy novels). French will also be writing a follow-up to Exile, Sorcerer, which is due for publication in 2014. 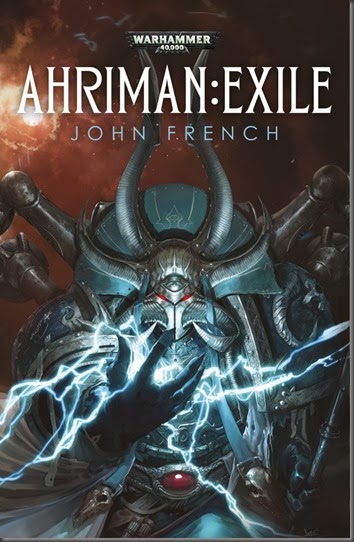