An Interview with DAVID ANNANDALE 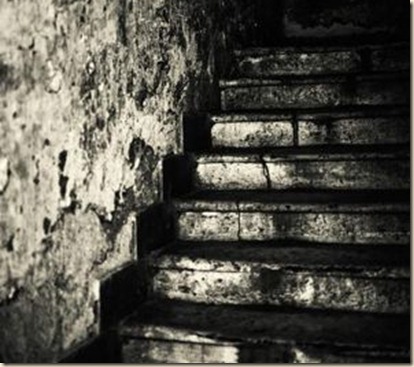 I first discovered David Annandale when I read his excellent short story, The Carrion Anthem, for Black Library. Since then, I’ve discovered that he wears a number of authorial hats, dipping his pen in a number of genres. therefore, I decided to ask him about his writing, WH40k, explosive thrillers, and more…

I thought I’d start off this interview with something easy: Who is David Annandale?

I’m a Canadian writer, and my day job is University instructor. My PhD thesis was on horror fiction and film, and I’m a happy, happy boy whenever I teach a course in that area. I’ve also been doing a fair bit of academic work on video games these last few years.

In writing, as in reading, I love a variety of genres. While some of my recurring themes are not the province of one particular genre or another, there are other ideas and stories that, it seems to me, are far more genre-specific. There are so many worlds, concepts and characters that I want to explore, and I feel very privileged that I have been given the opportunity to do so.

You have quite a varied body of published work, so I thought I’d split my questions into the two fields of most interest to readers of this blog, starting with your thriller fiction. You have a thriller trilogy featuring Jen Blaylock. How would you introduce the series to a new reader? Where did the inspiration for the story come from? 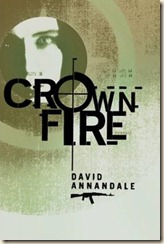 Jen Blaylock, formerly a soldier in the Canadian Armed Forces, has gone rogue. She is a war prodigy. She is to war what Mozart is to music. And though she has a strong sense of justice, she is, for good or ill, first and foremost driven to engage in battle, and the result is plenty of damage. Cross her, and Blaylock will not only kick your ass, she’ll burn your house to the ground and sow that ground with salt.

In the first book, Crown Fire, Blaylock’s family is killed by a multinational arms-dealing conglomerate, and her quest for vengeance takes her down the path to her true calling. In Kornukopia, she goes up against a Russian crime lord who has some disturbing ties with the President of the United States. And in The Valedictorians, she has to stop a coup d’état in the US itself.

I’ve always thought of the series as thrillers with the heart of horror fiction. I mean a couple of things by this. In the first place, these are stories where it is not necessarily a case of preventing something terrible from happening, but instead bringing down terrible wrath on the guilty after the bad thing has already happened (and thus perhaps preventing something even worse). Secondly, these are operatic thrillers. They are not meant to be realistic (though I’ve had a few elements turn out to be weirdly prophetic), but rather (I hope) viscerally exciting as they move to epic climaxes with massive property damage and sky-high body counts. Furthermore, though nothing supernatural happens in the books, I skate up to the edge of the fantastic, in that there are threads in these novels that tie them to my horror work. 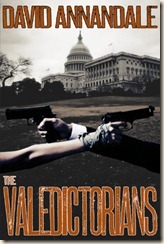 The inspiration for the series came from a few sources. Back in 1998, I had just finished writing my third novel-length horror manuscript. The ’90s were a very bad time to be an emerging horror writer, and I was getting nowhere fast. I had, however, been reading a lot of thrillers, and was keen to try my hand at one. I’m also a lover of disaster movies and novels (see the trend in the operatic?), and I’d had an idea for a giant forest fire tale for years, but been unable to find a proper plot for it. One evening, the thriller and disaster ideas fused, and Jen Blaylock sprang to life. What I wanted in her was a female character who might stand out amidst all the square-jawed male heroes, and who wasn’t defined by her sexuality.

I also want Blaylock to be a troubling figure. I think it’s safe to say that James Bond or Jack Ryan would want her dead. I’m hoping that readers will cheer her on, but then ask themselves if they really should be doing so. Is what she is doing right? Are her motivations good ones? Is it possible that her cure is worse than the disease? How is she different from the people she fights? Or is she? Has she crossed the line into becoming a terrorist herself? These are some of the questions I hope go through readers’ minds.

You’ve also done some writing for Black Library – specifically, The Carrion Anthem and most recently, Evil Eye. What’s it like writing in the Warhammer 40,000 setting? How did this opportunity come about? If there was one story you could write for BL, what would it be?

Back in October 2010, there was an open call for submissions to the Treacheries of the Space Marines anthology. I put together a proposal, sent it off, and that became The Carrion Anthem. The experience since then has been absolutely incredible, from both a professional and a creative standpoint. The Warhammer 40,000 setting and its fiction are incredibly rich – whether we are talking about characters, worlds, themes, or all of the above. Being able to join in the telling of that universe’s stories has been like being invited to play in the most glorious sandbox imaginable. I have found myself being challenged and stretched and imaginatively unleashed all at once, and that is an amazingly rewarding position to be in as a writer.

As for that one story? What I’m working on right now is part of it, but I can’t say any more than that for the time being… 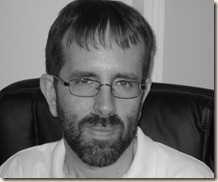 I am very conscious of how lucky I am to be given the chance to write in a variety of genres. So yes, I enjoy being a writer very much. I pinch myself on a regular basis to make sure I’m awake.

My approach to writing any one book will be, to a degree, dictated by the nature of the project, but the broad lines remain constant: research, outline, write. The research for the thriller and horror fiction involves, where and when possible, visiting the locations of the books. A rigorous outlining process is something I came to relatively late – after writing Crown Fire. I am now a frothing proselytizer of the value of outlines. I will never, ever, ever start a project without one.

I try to get 1,000 words done a day during the University term, 2,000 during the summer. It isn’t always possible, of course, but having a tablet now makes writing anywhere a bit more feasible. I’m at my most productive with (surprise, surprise) the right mood music blasting through speakers (or headphones, when it’s two a.m.). Power chords and shrieking vocals a necessity.

I made my first attempt at writing a story when I was six. That fragment was about a monster I encountered in a French translation of an Adam Strange comic, and I’ve been scribbling away about beasts human and inhuman ever since. I have very fond memories of banging away first on my father’s typewriter, then on my own machines. As brutally hard as the work can be, when it’s cooking, I find that I reconnect with my younger self, revelling in the joy of imaginative creation. So I’ve wanted to be writer for most of my life, and have been pursuing publication since my teens. (Actually selling my first short story didn’t happen until my 20s, but the desire has always been there.)

What’s your opinion of the thriller and sci-fi genres today, and where do you see your work fitting into them?

I think the field is a very exciting one today. There is so much amazing work being done, it’s impossible to keep up with it all, and that’s a good thing. I am also particularly heartened that horror seems to be off life-support, at least for now. I still bear the scars of those dark days of the 90s, when bookstores were doing away with horror sections altogether. Though there have been some alarming shakeups recently, there has also been a flourishing of smaller presses, which means more opportunities for new writers.

As for where I see my work fit in, I think that is, in many ways, for people other than myself to decide, as that depends on the expectations one brings to any given genre. Ultimately, while I’m not, at present, locked in to any one genre, I have a deep, lifelong love of genre fiction generally, and hope to continue exploring its many facets. 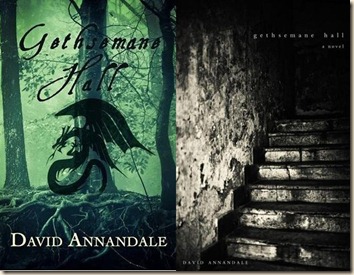 Already out in the UK (with Snowbooks) and hitting North American shelves in August (from Dundurn) is Gethsemane Hall. This is a big moment for me: finally getting a horror novel into print, something I have been pursuing (with one manuscript or another) for 25 years. It’s a full-on haunted house tale and is planned as the first beat of what will be a multi-volume horror epic.

On the Warhammer 40,000 front, there are a number of projects in the pipeline. Some I’m working on, and others are completed. One of these (and you’re the first to hear it) is a Space Marine Battles novel. Let’s say that I am rather bouncing off the walls in anticipation of the coming year.

Finally (and perhaps inevitably), I am also in the early stages of an epic fantasy project.

I just finished reading James Swallow’s Faith & Fire, and up next is Michelle Paver’s Dark Matter. On the non-fiction front, Alain Badiou’s Logics of Worlds has had a big impact on me, and I’m looking forward to plunging into Savoj Žižek’s Less Than Nothing. 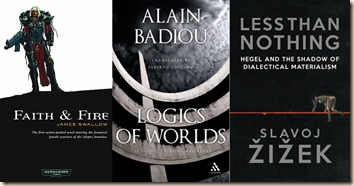 My childhood idol was Georges Méliès.

A number of things, really: holding both versions of Gethsemane Hall in my hands, some very cool things I can’t divulge yet, and spending the summer on the back deck with my wife while I’m writing another novel.