A Quick Chat with AMANDA DOWNUM 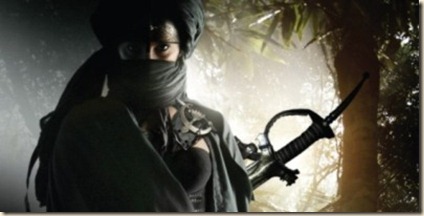 In a time when vampires and the undead populate teen fantasy and paranormal romance, I was happy to discover Amanda Downum’s debut, The Drowning City, back in 2009. (Well, I say “discover”, but really Orbit were kind enough to send me a copy, so really it took no effort on my part.) Amanda’s novels feature the undead, but with a difference.

The Bone Palace, the second novel in her series, is one of the best books featuring tye undead that I’ve read in a good long while – alongside Jon Courtenay Grimwood, she’s certainly in the top five of new undead fiction authors. With the publication of the third book, Kingdoms of Dust, later this year, I thought it an excellent opportunity to contact Amanda for an interview. Luckily she was able to squeeze in some time to answer some questions about her books, writing and the undead.

The third novel in your Necromancer Chronicles, Kingdoms of Dust, will be released this year. What can readers expect from this novel, and how would you introduce your series to a new reader?

I imagine the Necromancer Chronicles as fantasy spy thrillers. They follow the misadventures of Isyllt Iskaldur, necromancer and spy, as she travels the world dealing with foreign powers and the undead, and contributing to serious property damage.

Kingdoms takes place in a different setting than the first two books – the desert empire of Assar – and reunites Isyllt with several characters from The Drowning City. While the first two books stand fairly well alone, Kingdoms draws heavily on both, dealing with earlier plot threads as well as the aftermath of The Bone Palace.

As the title of your trilogy suggests, your novels feature necromancy and related themes. What drew you to write on the darker side(s) of fantasy?

When I first read The Hobbit as a kid, I was fascinated by the passing reference to Sauron as “the Necromancer”. When I read Prince Caspian I fixated on the hag and the werewolf and their attempt to bring back the White Witch. Then I grew up and became a goth.

I was tired of necromancy being the default Evil Magic in so many fantasy novels, and also fascinated with forensic pathology. To me necromancy seems like a very useful tool set, with a lot of practical applications. As for the undead, I wanted them to be creepy and dangerous, but not mindless. 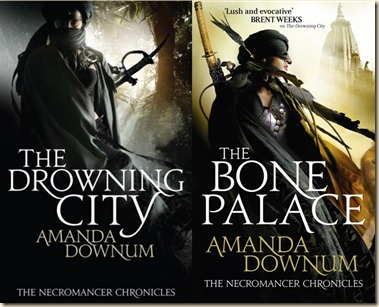 I’ve been inspired by books, movies, music, the news, boring road trips, and dreams – my own and other people’s. My biggest literary influences are probably Barbara Hambly, Caitlin R. Kiernan, and Elizabeth Bear.

I enjoy my day-job (I work at a used book store), and appreciate both regular paychecks and the need to leave the house on a regular basis and interact with people. (Okay, not appreciate so much as recognize the necessity of not becoming a mole person.) But when deadlines start to loom, any time spent not attached to my keyboard can be intensely frustrating. I try to write every day that I’m not day-jobbing. It’s also important to take days off every so often, to let my brain regenerate.

My first serious attempt at a novel started in high school, and dragged on through college. It was very bad, but it was good practice, and many of the characters who appear in the Necromancer Chronicles were born from that juvenilia.

I have several unfinished novels cluttering my computer, and more pitches waiting to be tossed at my editor. They range from Lovecraftian contemporary fantasy to other books set in the world of the Necromancer Chronicles. At the moment I’m not sure what my next project will be, but I hope to have that sorted out soon.

I just finished several books on my way to and from Eurocon (the standouts were Paulo Bacigalupi’s The Windup Girl, Cat Valente’s Deathless, and Genevieve Valentine’s Mechanique) and now I’m between books. Next on the teetering to-read pile is Gemma Files’ A Rope of Thorns.

I have willingly worn a giant worm costume on more than one occasion.

Eurocon is over, but I imagine it will be the highlight of my year. The convention was great, and Stockholm is beautiful. Now I’m looking forward to World Con, and starting my next novel project. 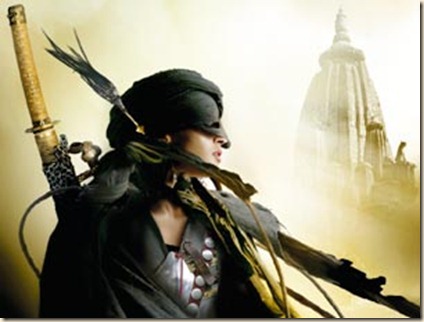 Posted by Civilian Reader at 9:23 AM