A Quick Chat with CHRIS FARNSWORTH 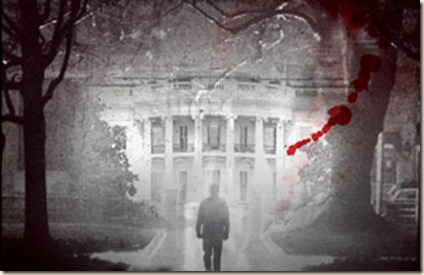 Blood Oath, the debut novel from Christopher Farnsworth, is one of the surprise debuts of the year. I checked it out on a whim, and read it in a day and a half: the plot and prose were so quick, and the novel was populated by engaging characters and an entertaining story. Already available in the US for a little while, Blood Oath will be followed next month by The President’s Vampire, which I hope to also review as soon as possible.

In order to learn more about the books and the author, I sent an interview request to Christopher, and he was kind enough to answer my questions. 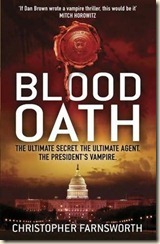 Your debut novel, Blood Oath, was published in the UK this May, and The President’s Vampire follows in July. How would you introduce the character(s) and series to new readers?

Nathaniel Cade is a special agent working for the President of the United States. He’s also a vampire. After being turned in 1867, he was pardoned by President Andrew Johnson and bound to protect the U.S. from supernatural threats by a blood oath. He’s currently working with a new liaison to the Oval Office, a young political operative named Zach Barrows. The president says it’s because Zach is the only one he trusts with such an important job. Zach suspects it’s because he was caught in the Lincoln Bedroom with the president’s 19-year-old daughter.

My first, and biggest, influences were the comics books that taught me how to read. From there, I wandered into the public library and found my way to sections where they kept the books on ghosts and UFOs and Bigfoot. I absorbed a lot of cheesy monster movies when I was a kid, along with pulp novels (especially Doc Savage) and spy thrillers. Later on, of course, I went to school and got serious about literature and read Pynchon and Russian novels and Hemingway, but those early influences are the ones that are really burned into my brain.

Blood Oath (and I assume The President’s Vampire) contains some interesting takes and ‘explanations’ of real-world political history – not least Cade himself. Where did your interest in American politics and history come from?

I was a debate geek in high school, which led to an unhealthy interest in politics. My friends and I watched election returns the way other people watch sports. Some of the people I knew then are in politics now. Fortunately for democracy, I went back to my first love, writing. But I still love history, which I studied in college. The Cade books are the first chance I’ve ever had to actually use my education professionally.

I’m lucky enough that writing is my day job. I spent years as a reporter, which trained me to write on deadline, and which forced me into the real world to gain actual experience. Today, my writing practice is a lot like when I had a real job: I walk to an office near my home, turn on the computer, and try to put down as many words as I can. Some days are better than others. 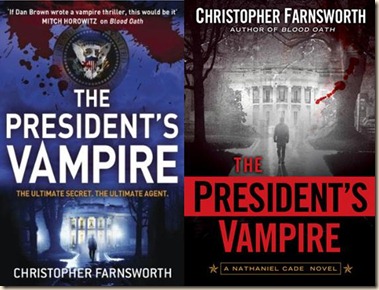 I was five years old when I decided to be a writer. I’m not sure I knew exactly what it meant, but I was in a gifted program at my elementary school, and the teachers noticed I loved stories. They encouraged me to write down my own ideas and I was hooked. From then on, I’ve always written. My mother actually sent me a box that contained almost every word I’ve ever put down on paper, from my first published poem (age six) to my first (thankfully unpublished) novel.

What’s your opinion of the genre today?

I think it’s a golden age for genre readers, honestly. There are so many magnificent authors working at combining all the fields that would have once been consigned to separate ghettoes of publishing. I remember as a kid that bookstores didn’t know where to shelve Hitchhiker’s Guide to the Galaxy. Was it humor, was it sci-fi, was it something else entirely? Now writers like Neil Gaiman and Terry Pratchett are celebrated bestsellers. If you have a desire for a historical urban mystery sci-fi action thriller, you can find it in almost any bookstore now.

I just finished Duane Swierczynski’s magnificent Fun And Games, which is must-reading for any fan of sophisticated violence, and John Sandford’s Buried Prey. Next up is Robopocalypse by Daniel Wilson.

For non-fiction, I’m reading John Keel’s Our Haunted Planet and Hunter S. Thompson’s Fear And Loathing: On The Campaign Trail ’72, as well as a mess of daily political journalism.

I’m the great-nephew of Philo T. Farnsworth, the man who invented electronic television.

The birth of my second daughter, who’s due in a couple of weeks.

Posted by Civilian Reader at 1:04 PM