Couple of Exciting Things That Arrived in the Post Today… 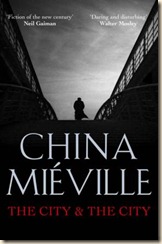 Two interesting books arrived today in the post, both from Pan Macmillan. The first is the paperback of China Mieville’s The City & The City (left), which means I can finally get around to reading it myself (Emma has the hardback and should be getting me a review ASAP, so we’ll do a double if possible).

The second parcel that came in the post is something I had never even heard of. To begin with, it didn’t even look like a book at first. After tearing open the jiffy bag with the enthusiasm of a small child on Christmas day who’d just discovered coffee, this is what I found: 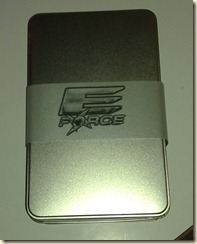 So far, so confused. I delved deeper into this shiny tin box… 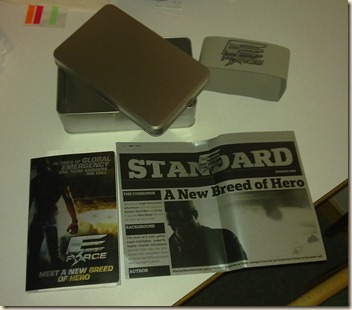 Ah, now this is very interesting. Certainly one of the more interesting promotional items I’ve ever received. It’s the first book in Sam Fisher’s new action/adventure series, E Force. It’s described as “"Mainstream super hero action adventure with the appeal of Heroes, The X-Men and GI Joe.” So far, so very interesting.

I’ve got a couple of books now in this sort of genre (i.e. books described as being akin to X-Men), so I shall review them together – this one (State of Emergency) and also Ben Horton’s Monster Republic (Corgi): 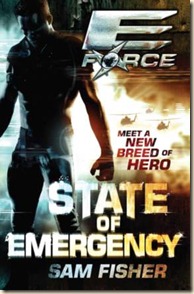 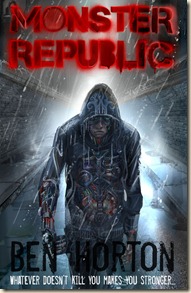